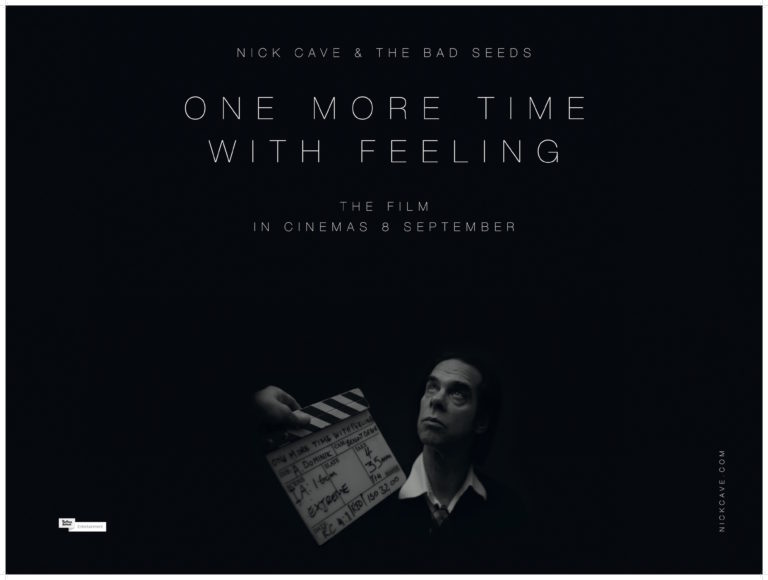 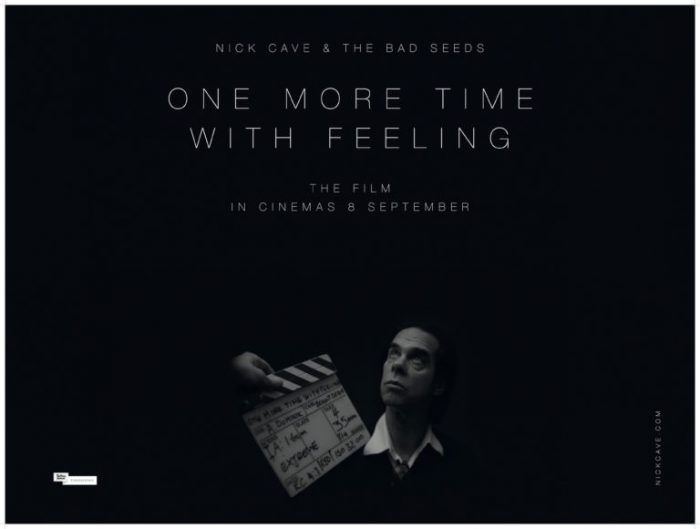 Nick Cave & The Bad Seeds: One More Time With Feeling

Last night (8th September) Nick Cave & The Bad Seeds premiered in cinemas across the globe ahead of the release of Skeleton Key (review of which will be published soon). Part performance-based concept film, part documentary, One More Time With Feeling is an experience like no other. Simon Tucker reviews:

Approaching One More Time Feeling you are full of a mixture of excitement and trepidation. Excitement at the prospect of seeing/hearing the new Nick Cave album in big-screen glory but also trepidation due to the well recorded events that proceeded its creation. As we are all aware on the 14th July 2015, Cave’s son Arthur tragically passed away after falling from a cliff in Brighton. One More Time With Feeling then is not only a documentary about a band creating their latest work but also an insight into a family trying to process grief and how you deal with such a traumatic experience.

Directed by Andrew Dominik in monochrome 3D and 2D, the film is visually stark and striking. Images linger long after viewing. A shot of Warren Ellis conducting a string section is eloquent and disturbing, almost balletic, whilst the image of Cave hugging his wife Susie and son Earl (twin brother of Arthur) as they visit him in the studio really brings home what it is we are witnessing here. It is a moment of beauty and of love that will affect all who witnesses it.

One More Time With Feeling plays out like grief itself as it has moments that are raw, sometimes funny (this is largely due to Warren Ellis who really comes to the fore as a rock for Cave. A true friend who is quietly helping his friend through the most difficult of times and artistic process. Something that can also be applied to the rest of the Bad Seeds), often unsettling. You find yourself at times wanting to ask the director to just let Cave be (he is often interrupting him in an interview that takes place in the back of a taxi, seemingly finishing his (Cave’s) answers for him) yet at others you are grateful that he has been given such access.

Performance wise the Bad Seeds are at the peak of their powers and at the most experimental they have been for a while and you get a true sense of what they are like as a unit, making in-jokes and discussing musical suggestions to each other. Cave’s vocal performances range from the powerful to the fragile (at one point his narration points out he really should have practised singing more before coming into the studio). In one scene, as he’s overdubbing a vocal himself and Ellis want him to play along on the piano but Cave cannot remember the chords. As he ruminates on the fact that it is a strange feeling that a song he helped create has now left his memory you understand that this is a rumination on the loss of a child. You were there when they were created yet now that they have gone you are lost, struggling to find the right path (chords) to make life make sense and be put in order again. It is a moment that garners chuckles at first until the true meaning sinks in.

Cave narrates the film in fractured fashion infusing poetry with matter-of-fact detail and it was good to hear the despicable press stories that emerged after Arthur’s passing alluded to.

One More Time With Feeling is a film that will stay with you for a long long time. It is a powerful, brave, funny, and beautiful work. It has taken great courage from Cave, his family and the Bad Seeds to create and show this film and everyone involved should be applauded for getting the tone just right.