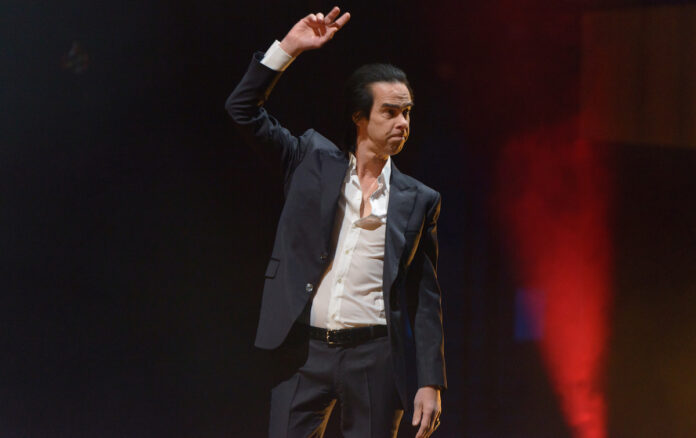 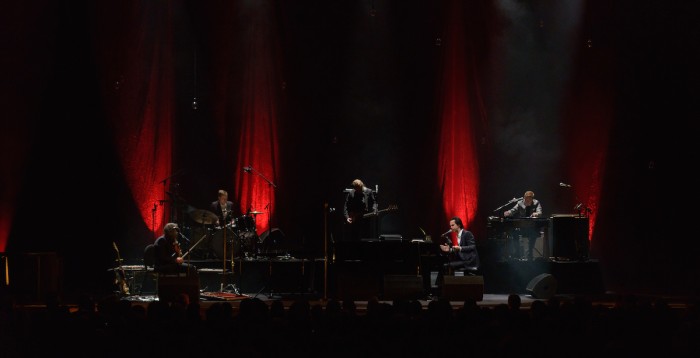 An absolute masterclass from a true living legend, with equal measures of beauty and darkness. Cave casts his spell across the venue as he has the audience in the palm of his hand.

The term living legend is often banded about at will by many, often out of context or without substantial backing, yet tonight’s artist embodies everything about said term. Nick Cave a stalwart of the music scene loved the world over, currently on a tour, which took no time at all to render all venues ticketless.

We settle into our seats to enjoy the show, Cave swaggers out and greets the crowd before taking his seat behind an exquisite grand piano. He’s backed by a number of Bad Seeds including fellow co-writer Warren Ellis, yet this is a tour that has been touted as anything but a traditional Bad Seeds performance.

The Water’s Edge from Cave’s most recent offering Push The Sky Away opens proceedings, his boisterous tones taking over this beautiful venue. From the first note we’re reminded of this man’s incredible genius; the power, emotion and orchestration of his tracks invoke unknown emotions in the hardest of men.

Yet an early favourite, and arguably one of his greatest tracks Red Right Hand sets the crowd alight. As the piano crashes Cave comes alive, embodied by the lyrics of the song his visceral performance is pure perfection. Yet Cave looks so effortless, despite the anger and anguish of the song exuding from the stage. 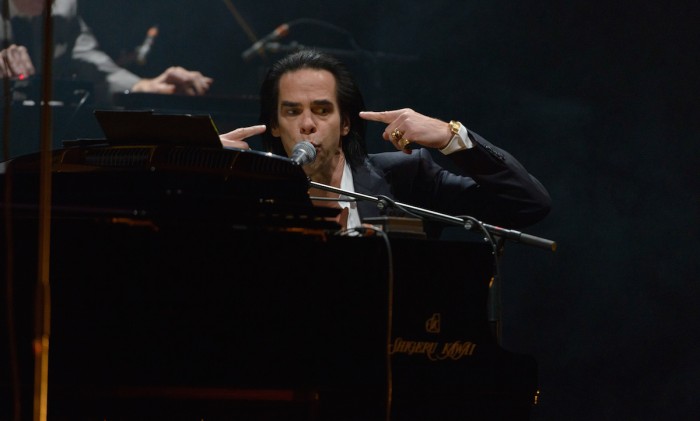 Higgs Boson Blues follows shortly after, Cave relinquishing his seat behind his piano as he swaggers around the stage. Crooning over the fortunate few in the front rows, his distinctive moves being thrust upon them as he asks them if they know where to look “his face or his crotch.”

The power in his voice is astounding, it’s exhilarating. On record these songs are incredible, even more so when they’re brought to life live. Cave embodies every lyric, the grit and the pain manifests itself through the music, it’s hard to comprehend the instantaneous awe and wonder of this man.

There’s a turn of pace though, away from the pain ridden songs, as Cave dedicates a section to his more delicate tracks. As the opening chords of Babe You Turn Me On ring out, it is greeted with huge crowd appreciation, despite a more sombre tone, the depth of his lyrics don’t fail to touch all of those in this packed room.

Yet what follows is a heart-wrenching explosion of power, in the form of the unimaginably vivid From Her To Eternity. The track erratically jumps around as does Cave, once again the music takes over as he commands the audience like his personal puppets, toying with emotion in his trademark tones.

The deeper he goes though the more powerful the emotion. I Let Love In is followed by the touching beauty of Into My Arms, by the end of which I’d happily question whether or not there was a dry eye left in the house. The stripped back nature of such a track highlighting the sheer delicacy of the lyrics, despite the earlier power and bluster it adds a Jekyll and Hyde feel to the set. 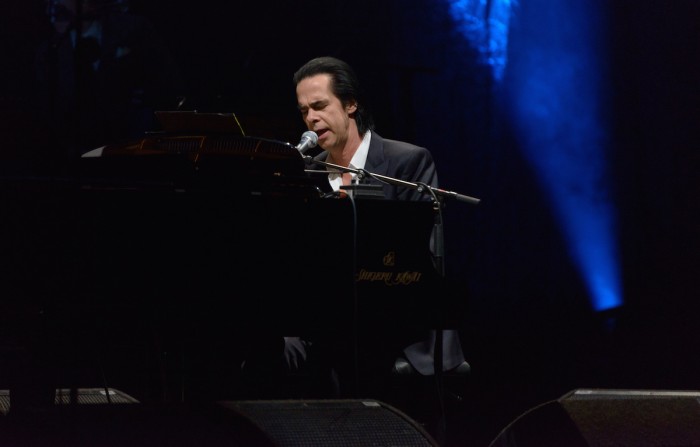 He closes out the main set though with two outstanding tracks, the classic The Mercy Seat followed by an inordinately beautiful version of Jubilee Street. There couldn’t be a better way to close out this behemoth of a set, the only way to top it would be to play a monumental encore. Where most encores are brief and consist of artists hit singles, this one may as well be another set.

Never one to conform though, Mr Cave – the encore is the length of most bands sets nowadays, with the remarkably upbeat Breathless adding a shade of light to what has otherwise been a dark and heartfelt evening – yet the most impressive track was yet to come as a member of the crowd yells out for God Is In The House.

Fully expecting Cave to brush it off and continue, he graciously accepts, on the proviso that the crowd sings the choruses. What follows is nothing short of awe-inspiring brilliance as this packed crowd, who’ve been so attentive, burst into song on their now masters command. It’s a true sight to behold, a moment that will not be easily forgotten.

This wasn’t the end of the encore though. Jack The Ripper and another spine chillingly brilliant rendition of The Lyre of Orpheus followed, the latter featuring a member of local band Kobadelta, whose passion had been plain for all to see and hear throughout the evening. The visibly evident excitement was clearly overwhelming as he embraces Cave and it provides a heart-warming end to a phenomenal encore.

Yet Cave has one trick left as the lights come up and people begin to stream out, he and his band return to the stage. For a rabble-rousing rendition of Push The Sky Away, by this point we’re completely overpowered by the emotional roller coaster of this evening.

To say Nick Cave is a genius is a complete understatement, to concur that he qualifies for living legend status, well, that’s a given. However, tonight he played a set that traversed his mammoth career, one for the heads and the hearts, incredible feats of musical ability were seen and heard. Tears streamed and the odd drunk had an outburst. Yet when all was said and done, this was a true masterclass.