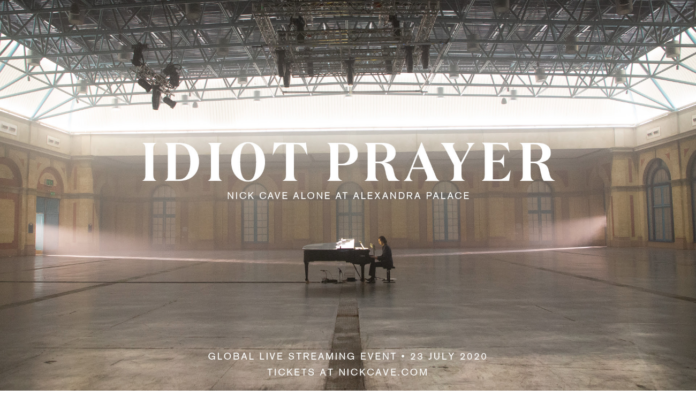 Nick Cave performs solo at the piano in Idiot Prayer: Nick Cave Alone at Alexandra Palace, a film shot at the iconic London venue this June. Join the online streaming event on 23 July 2020.

In this unique performance, audiences around the world will have the chance to watch Cave play songs from his extensive back catalogue, including rare tracks that most fans will be hearing for the first time. The songs are taken from across the breadth of Cave’s career, including early Bad Seeds and Grinderman, right through to the most recent Nick Cave & the Bad Seeds album, Ghosteen.

The film will be streamed as a live experience, and will not be available to view online following the event.

Please note during the event you will not be able to pause, rewind or fast forward the stream.

For tickets and information on your local time click HERE.