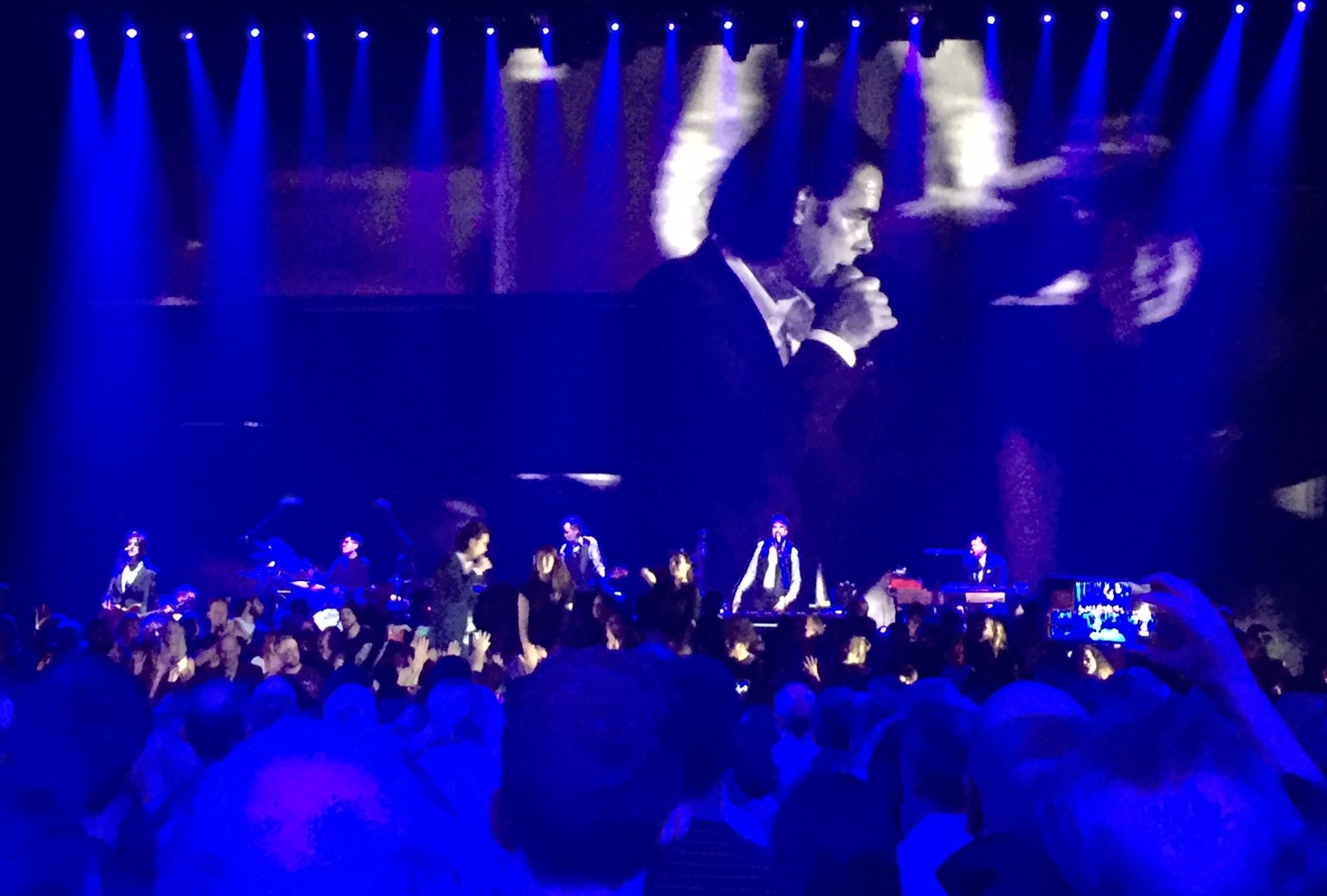 Nick and The Bad Seeds 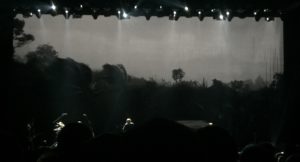 Love Nick Cave, all there is.

Live in Bournemouth, Dorset, the first date of Nick Cave and The Bad seeds European tour and what a triumphant evening it was. There is a real passion from Nick Cave to be performing these songs live, a love reflected back by the audience.

Tonight the room really listened deeply, with many quiet, almost silent moments. Lyrics delivered as a whisper and the audience all ears for every breath from Cave’s lips, escalating and intensifying into a wall of noise in the blink of an eye.

The set begins with ‘Anthrocene’, the first of several songs from the Skeleton Tree album. A mixture of new and old songs sitting alongside each other seamlessly from throughout the Bad seeds many albums and incarnations.

This version of The Bad Seeds is really strong, with their own distinct style, very different from the last time I saw them on the 19th & 20th May 1997. A great deal has changed since then but many things remain constant. Classic songs like Tupelo, The Ship Song, The Mercy Seat and From Her To Eternity, all of which have evolved beautifully while losing none of their magic. Each of these songs more tender and violent in equal measure. The sonic tonight ranges from full on screaming, loss and pain contrasted with sensitivity and control. These renditions are breathtaking in their power.

Into My Arms featured bass and drums accompaniment, retaining the feel of the album original. Red Right Hand a grooving and intense retelling of a Cave classic.

Distant Sky and Skeleton Key set close the set proper. A mature Cave here with real sophistication and class, with a palpable love in the room for Nick and this moment in time. 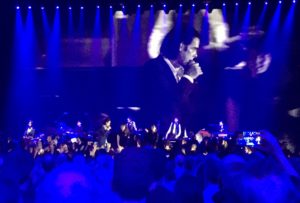 After a short break, in which the cheering, Stomping and clapping resulted in a genuinely earned encore. The Weeping Song with an element of clap along audience participation from an ecstatic crowd, a fantastic song sounding as fresh as ever. Then a hug on stage between Nick and a guy from the audience escalated somewhat. Nick saying that although security advised against getting people up on stage he wouldn’t stop it from happening. Next there was a very peaceful but plentiful stage invasion. A crowd of people up onstage in front of the band with Nick prowling from one side to the other of the stage at the very front, occasionally launching himself into the front row while singing Stagger Lee. This rendition of Stagger Lee was brilliantly chaotic and celebratory, set against the dark comedic horror of the lyrics.

Nick asked the crowd onstage to sit down, and the final song of the evening began with Push The Sky Away. This was the perfect ending to a celebration of the music and song writing of Nick Cave & The Bad Seeds, a band as unique and genuinely exciting as you are ever likely to see.