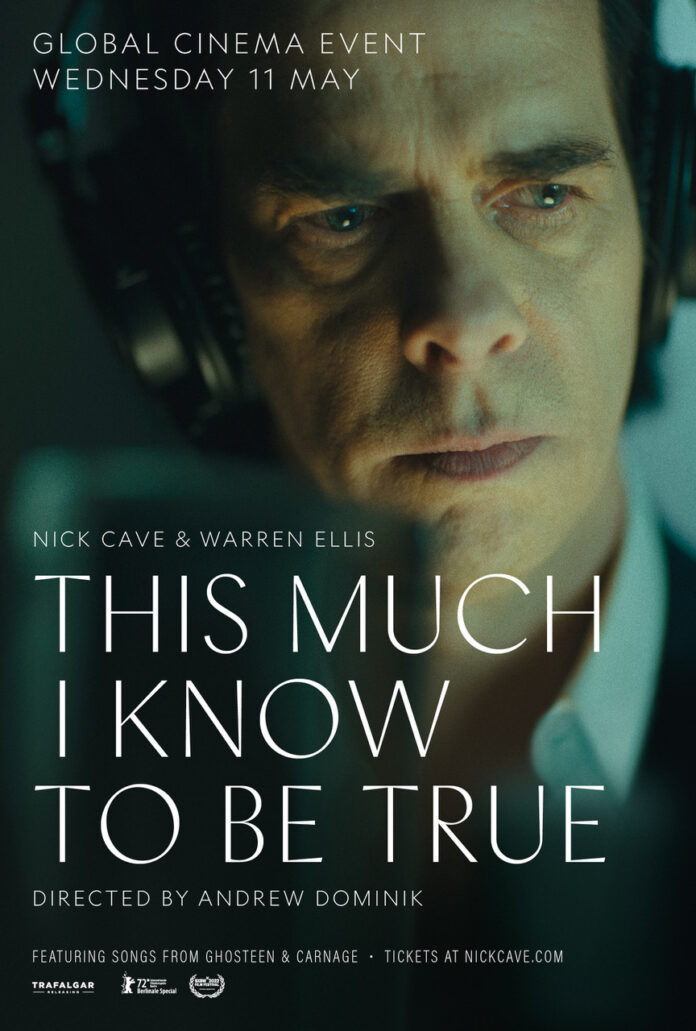 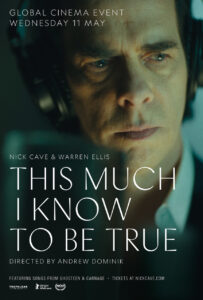 This Much I Know To Be True is a feature documentary focusing on the collaborations between Nick Cave and Warren Ellis.

The musicians bring to life the songs from their last two studio albums, Ghosteen (Nick Cave & the Bad Seeds) and Carnage (Nick Cave & Warren Ellis). Apart from the duo, the film features a special appearance by close friend and long-term collaborator, Marianne Faithfull.

Directed by Andrew Dominik, the film is a follow-up to his previous work One More Time with Feeling, which documented the recording of Nick Cave and the Bad Seeds’ album Skeleton Tree.

This Much I Know To Be True will premiere in cinemas worldwide on 11 May. Tickets will go on sale on 23 March.

More information is available on the official website of Nick Cave.