Home Music Nick Cave and the Bad Seeds to reissue all 14 albums on... 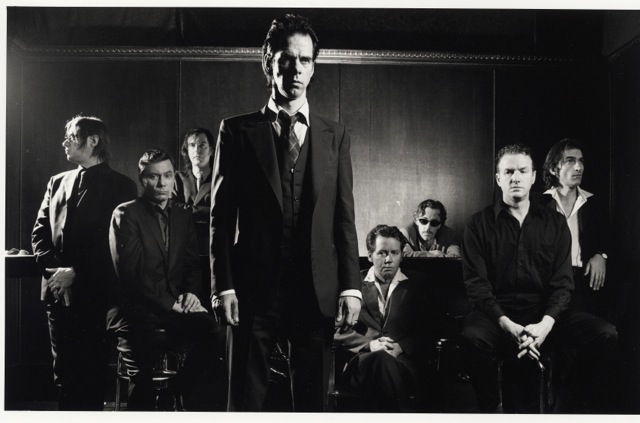 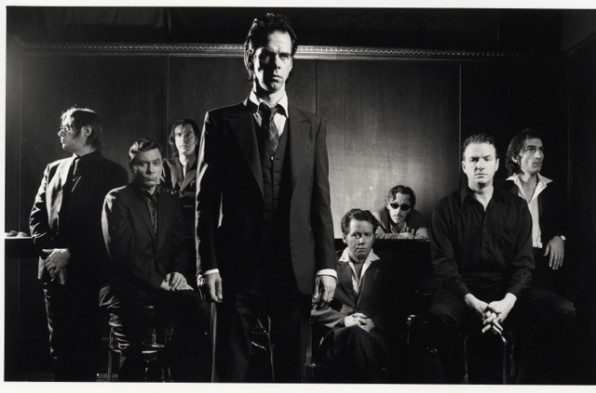 October 2014: Fourteen classic Nick Cave & The Bad Seeds albums dating back to 1984’s critically-acclaimed debut From Her To Eternity are to appear on heavyweight 180g vinyl for the first time.

Seven titles will be released in 2014 – with the rest to follow in 2015. The reissue programme comes just weeks after Nick Cave announced a rare solo European tour for next April/May.  The campaign which follows the acquisition in 2013 of the Mute Records catalogue by BMG, will be executed and promoted by Pias.

Each of the 14 albums has been remastered in a process overseen by former Bad Seed and founder member, the multi-instrumentalist Mick Harvey.  All album artwork reflects the original release from the cover to the printed inner sleeves.

BMG Director of Masters and Product Management Didier Dehauteur said, “The Bad Seeds catalogue is a precious piece of rock history. We are determined to deliver a set of reissues which genuinely pay tribute to a seminal band.”

The following three titles will be released on 27 October 2014:

From Her To Eternity  – LPSEEDS1 – Single LP
(Original released June 18th 1984)
Recorded in London studios The Garden and Trident, From Her To Eternity marked the debut of Nick Cave & The Bad Seeds after the break-up of Nick Cave’s former band The Birthday Party. Features Blixa Bargeld, formerly of Berlin’s Einstuerzende Neubauten, on guitar. Said Cave at the time “I don’t really think he knows how to play in the conventional sense at all. He just makes these incredible sounds”
Pre-order now: https://geni.us/Vu7

The Firstborn Is Dead  – LPSEEDS2 – Single LP
(Original release June 3rd 1985)
Album number two was recorded in Berlin. Co-produced by Flood and the band, it was rich with references to the blues and bluesmen, the American South, and especially to Elvis Presley. Sounds described the album as “the most evocative blues record for years”.
Pre-order now: https://geni.us/3kcf

Your Funeral… My Trial – LPSEEDS4 – Double Vinyl
(Original release Nov 3rd 1986)
First released as a double EP, Your Funeral…My Trial has a notable melancholy tone. Cave himself later said, “(This is) my favourite of the records we’ve done, is very special to me and a lot of amazing things happened, musically, in the studio. There are some songs on that record that as far as I’m concerned are just about perfect as we can get really- songs like “The Carny”, “Your Funeral, My Trial”, and “Stranger Than Kindness.”
Pre-order now: https://geni.us/2MZq

The next three titles are released on 17 November 2014:

Nocturama  – LPSEEDS12 – Double Vinyl
(Original release Feb 3rd 2003)
Fast-forwarding to 2003, Nocturama was the band’s twelfth studio album, and was the last to feature founding member Blixa Bargeld. NME wrote, “It’s what The Velvet Underground would’ve sounded like if they’d been psychopaths with a heart.” Trivia point: it includes guest vocals from Chris Bailey of The Saints and from Ian Dury collaborator Chas Jankel.
Pre-order now: https://geni.us/1dcf

DIG, LAZARUS, DIG!!! – LPSEEDS14  – Double Vinyl
(Original released March 3rd 2008)
The band’s fourteenth studio album, the last to feature founding member Mick Harvey, is widely regarded as one of the band’s greatest works. NME described it as a “gothic, psycho-sexual apocalypse”. Said Cave, “I’ve taken Lazarus and stuck him in New York City, in order to give the song, a hip, contemporary feel. I was also thinking about Harry Houdini who spent a lot of his life trying to debunk the spiritualists who were cashing in on the bereaved. He believed there was nothing going on beyond the grave. He was the second greatest escapologist, Harry was, Lazarus, of course, being the greatest.”
Pre-order now: https://geni.us/QC4

The final release of the 2014 programme comes on 24 November with:

Kicking Against The Pricks – LPSEEDS3 -Single LP
(Original release Aug 18th 1986)
The band’s third album was a collection of cover versions of songs ranging from  ‘I’m Gonna Kill That Woman’ (John Lee Hooker) to  ‘By The Time I Get To Phoenix’ (Jimmy Webb) to ‘Something’s Gotten Hold Of My Heart’ (Roger Greenaway, Roger Cook). Said Cave, “”They were all done for different reasons. Some songs were tributes… other songs we didn’t think the song was ever done particularly well in the first place. Some songs had just haunted my childhood, like ‘The Carnival Is Over’ (Tom Springfield), which I always loved.”
Pre-order now: https://geni.us/1Ku9

All vinyls also available to pre-order at: https://shop.nickcave.com/