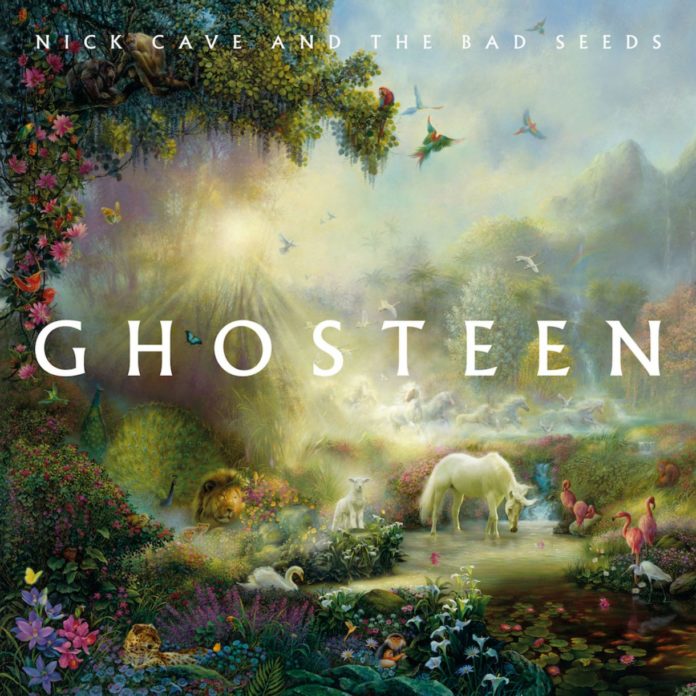 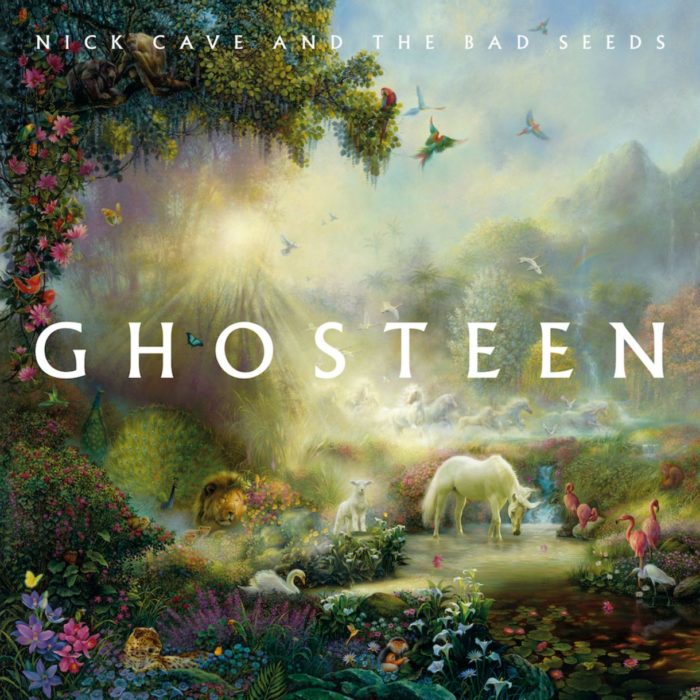 Right out of the blue Nick Cave has announced a new album, Ghosteen, which will be released next week. There have been hints of the new album in Cave’s spoken word tour where he has mentioned it and also his wife Suzy back in 2018 said “Some of his songs reveal themselves at night in his fever dreams,” she said at the time. “They are his Fever Songs.”

The announcement was made on  Cave’s website Q&A page The Red Hand Files to say that a double album is on the way – describing ‘Ghosteen’ as “a migrating spirit”, and adding that the songs on part one of the record are “the children” and part two are “the parents”.

Responding to a fan asking about the new album on Red Hand Files, Cave wrote:

You can expect a new album next week.

It is called Ghosteen.

It is a double album.

The songs on the first album are the children.

The songs on the second album are their parents.

Ghosteen is a migrating spirit.