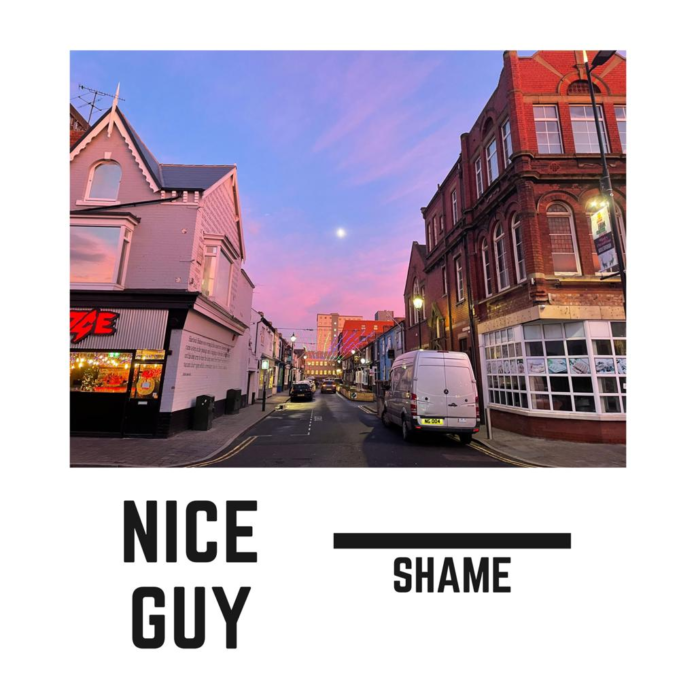 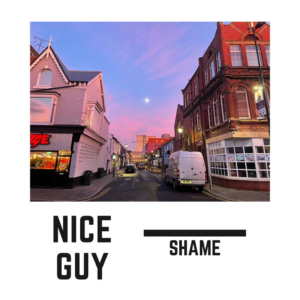 Nice Guy come out of the blocks for 2022 with a song that’s harrowing and haunting, sporting a powerful message. Sam Lambeth reviews.

Shame carries a message as powerful as the music. The moment they sing “you are complicit in your silence” it leaves a mark that is impossible to remove. This is music with a message, and Nice Guy aren’t here to make up the numbers.

Over a swirling, hypnotic guitar riff that stays on the right side of melancholic, Nice Guy tell us a message as resonant as their riffs. Abuse against women is beyond the pale. Staying silent when knowing about it is just as bad.

It’s a message that sticks in your mind long after the release is over. The song is catchy and creative. After all, you would expect no less from Nice Guy band member Paddy Oliver, who also peddles his wares with Vela Incident.

With 2022 only just beginning, Nice Guy have positioned themselves as powerful bastions of rightfulness, as well as rollicking riffery.

Teesside is a little jollier, but also showcases the band’s dexterity and creativity. Beginning like a long-lost Grateful Dead, Teesside is a delightful folky lament replete with a lung-busting acoustic guitar solo.