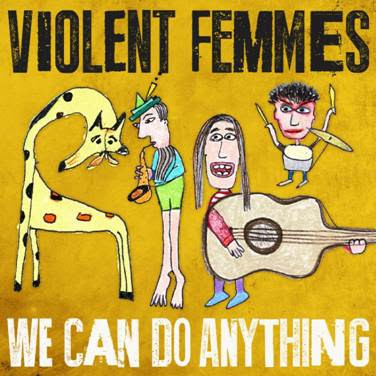 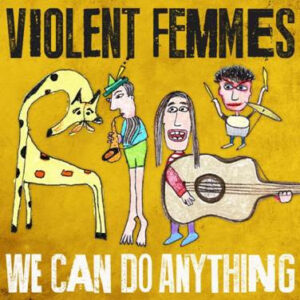 “We’ve always done what we wanted and how we wanted,” says Violent Femmes’ Gordon Gano “Fundamentally there’s no difference from then until now. It’s a natural continuation.”

We Can Do Anything is among the most provocative and playful in the legendary trio’s remarkable canon. The album arrives hot on the heels of last year’s acclaimed Happy New Year EP and recorded in bassist Brian Ritchie’s adopted home of Hobart, Tasmania as the band prepared for a sold out New Year’s Eve show at Sydney’s Opera House.

The album itself was recorded in studios in Brooklyn, Nashville, Los Angeles, Milwaukee and Denver, while on tour during the summer of 2015 and produced by Jeff Hamilton – a longtime member of the Horns of Dilemma, Violent Femmes’ ever-evolving cabal of multi-instrumentalist backing musicians – and mixed by the legendary John Agnello (Sonic Youth, Kurt Vile, Dinosaur Jr.).

There will be a worldwide tour to accompany the release of We Can Do Anything, dates are still to be confirmed.

Check out Memory from We Can Do Anything below: