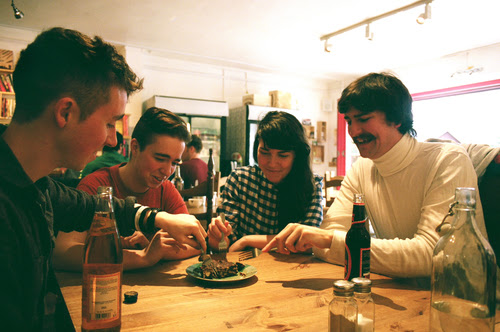 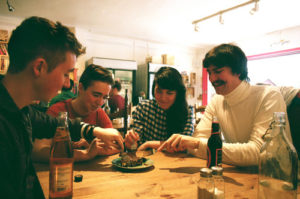 The Spook School unveil the brilliant video for Speak When You’re Spoken To.

Having had an exceptionally successful trip to SXSW last week, The Spook School now reveal this wonderful video for the latest single to come from their brilliant album Try To Be Hopeful. The video features cameos from the hilarious Josie Long and the award winning comedy troupe Pappy’s. With Pappy’s members Ben Clark, Matthew Crosby and Tom Parry conceiving and directing the video. The video depicts the joys and tribulations of having an indie band as a pet.

To coincide with this video the band have also announced that they’re heading out on tour with another Scottish favourite PAWS. The bands will play the following dates:

~
The Spook School can be found online here thespookschool.com. They’re also on Facebook and tweet as @SpookSchool.