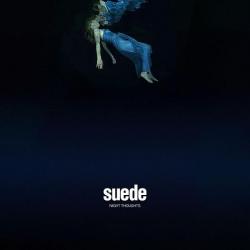 With the release of the latest Suede studio album looming large, the band have announced an intimate run of In-Store dates around the release of Night Thoughts.

To coincide with the release of new album Night Thoughts on the 22nd of January 2016, Suede have announced a series of intimate in-store dates. Having previously premiered the new album at London’s Roundhouse, and will take the album across the country in February 2016.

At their shows in February the band will play Night Thoughts in full, alongside the accompanying film as well as a set featuring hits, album tracks and B-sides.