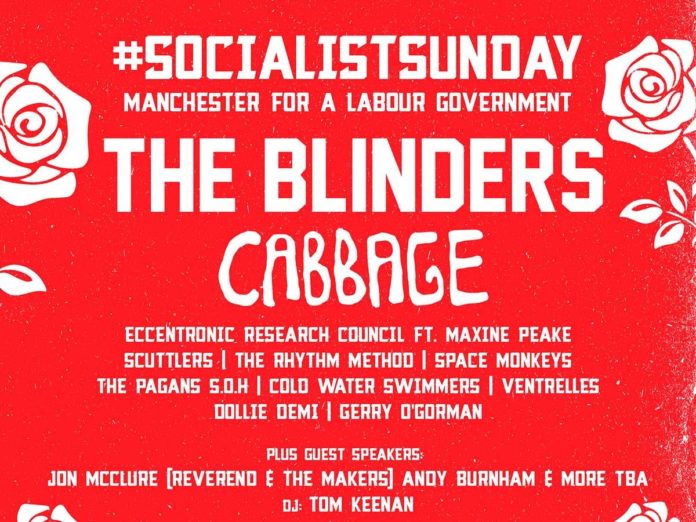 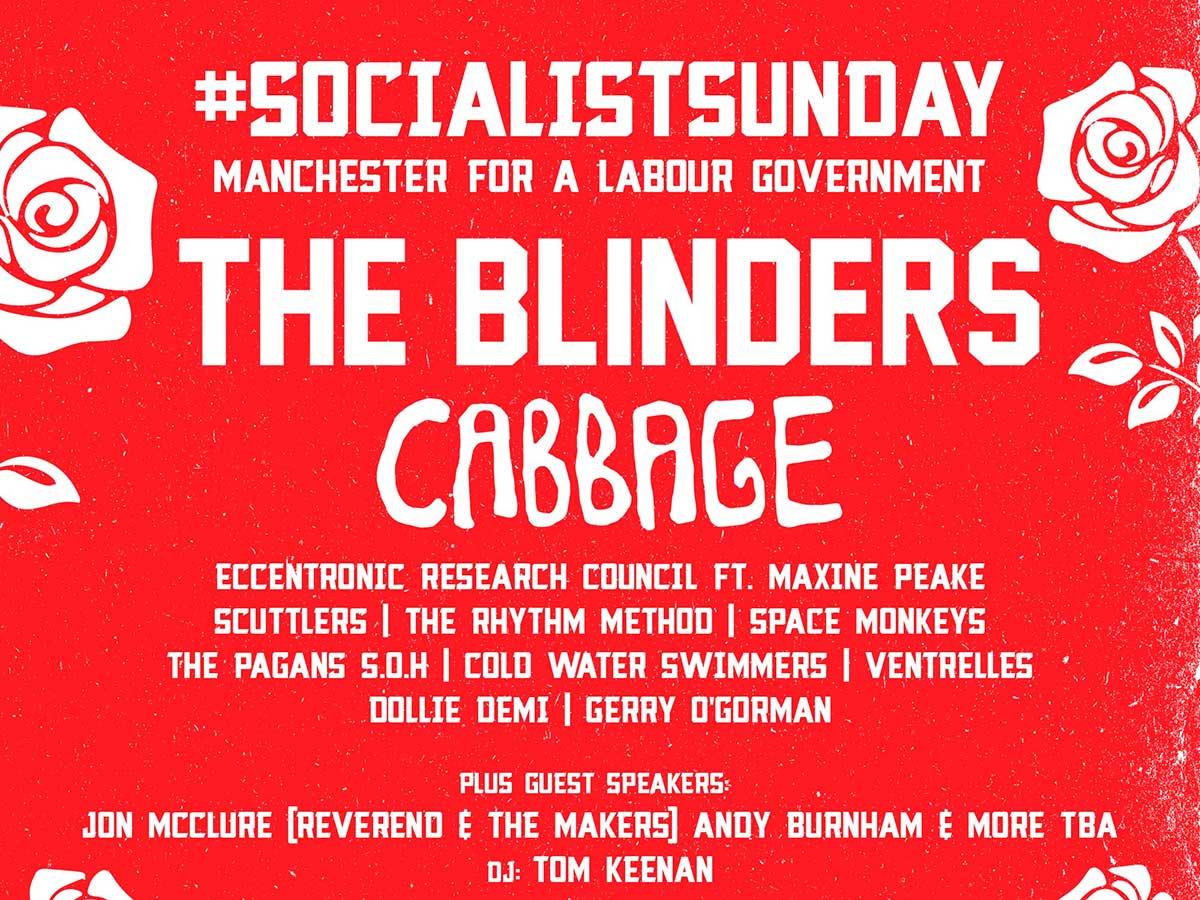 Manchester bands come together for ‘Socialist Sunday’ – a day of live music in support of a change in UK government, taking over The  02 Ritz on December 1st. Local breakouts and LTW favourites The Blinders and Cabbage will top a bill also featuring speakers Mayor Andy Burnham and Jon McClure of Reverend and the Makers. With its carefully curated bill of eleven musical acts performing over eleven hours, plus an array of party affiliated speakers, Socialist Sunday is the construct of Kallum Nolan, the Councillor for Middleton North, and Ben Taylor, a concert promoter with Manchester and Liverpool’s Jimmy’s & Little Rascal. Announcing the event, Kallum put forward his reasons for making it happen: “When the election was called, like-minded socialists started thinking about what we can do to help get Labour into government. “My goal was to get my favourite bands in a big room for the cause and with the help of Ben Taylor and these wonderful artists, we’ve done it.” In addition to the headliners, the day will pack in appearances from acclaimed alternative London duo The Rhythm Method, rising stars of Manchester’s indie scene Scuttlers, actress Maxine Peake (of Shameless, Three Girls and Black Mirror fame) and her synth trio The Eccentronic Research Council, Space Monkeys, The Pagans S.O.H, Cold Water Swimmers, Ventrelles, Dollie Demi, Gerry O’Gorman and DJ Tom Keenan. Support for the event has been immediate and widespread, with over 50% of the tickets sold in mere days and vocal support online from the likes of Billy Bragg. Taking to Twitter just hours after the event was announced, the musician/left-wing activist said simply: “The spirit of Red Wedge is alive and well in Manchester.” Final tickets for the day are on-sale now via the venue website at the price of £12.25. All proceeds from the event will go to the Labour North West election fund. Doors open at 2pm with a curfew of 11pm.

Get your tickets here