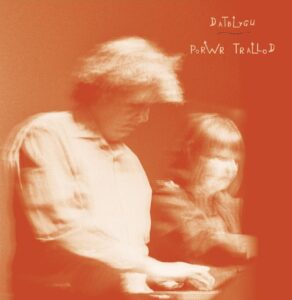 Exciting news reached us Friday at LTW Towers when we heard that seminal post-punk band Datblygu are set to release a new album, their first in 22 years, on the 6th December. The album is entitled Porwr Trallod (Tribulation Browser) and will be released via Ankst Music on limited edition vinyl which will include a CD and lyric sheets translated into English.

Datblygu were big favorites of John Peel doing numerous sessions for the great man and corresponding via letters frequently with lyricist and front-man David R Edwards.

The release of Porwr Trallod comes on the back of a resurgence for the band (now a core duo of David and Pat Morgan) which started with the release of last year’s mini-album Erbyn Hyn (our review of which can be found here) and a critically acclaimed and sold-out performance at the experimental music festival, CAM15 which took place in Cardiff’s Millennium Centre (our review of which is here) .

Listen to lead track Llawenydd Diweithdra (The Joy Of Unemployment) below:

Datblygu will be performing at All Tomorrow’s Parties 2.0 curated by Stewart Lee. You can buy tickets here: