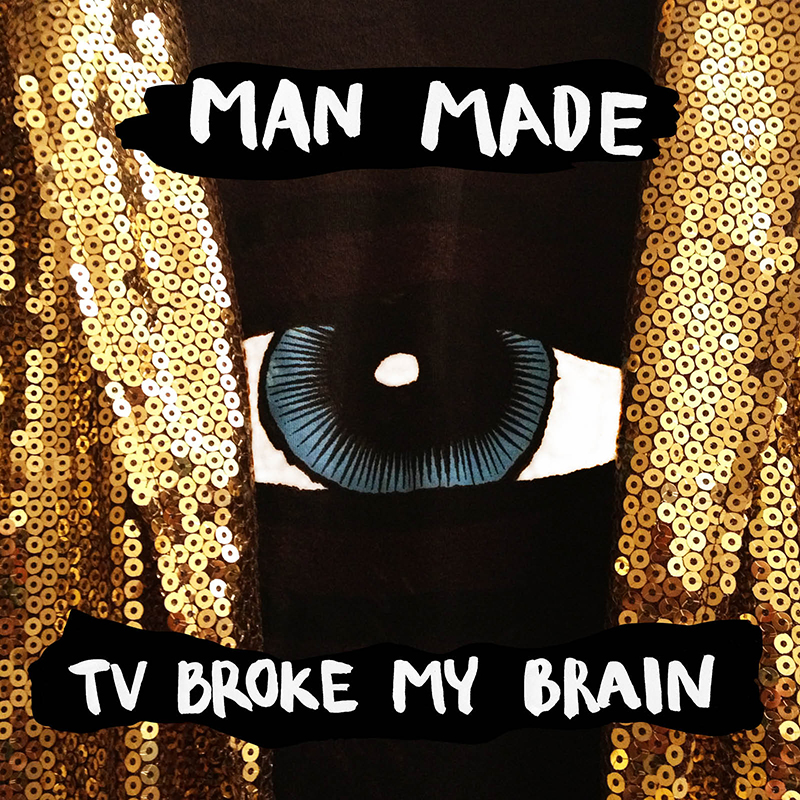 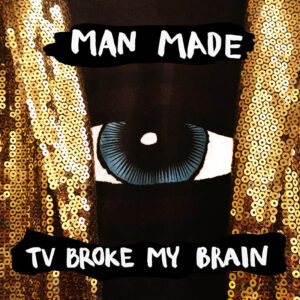 Manchester trio Man Made have announced their debut album TV Broke My Brain, which will be released on Soul Kitchen on April 15th 2016.

TV Broke My Brain’s common theme is the state of technology and its role in life, and whilst the Man Made aren’t against technology. They wanted to ask the questions about our relationships with technology, with Nile Marr explaining “For me, the most valuable experiences in my life have been face-to-face, real, analogue interactions.”

The album was produced by Ray Man and mixed by Nick Launay (Kate Bush, Lou Reed, Arcade Fire), and recorded at the bands shared house. If ever a song changed when the band played live, they would re-record it with the aim of the record being “the menu of the live experience.” In Nile’s own words “It shouldn’t be ‘we have an album, let us play it for you’. It’s ‘we are a band and we have recorded us playing for you’.”

In essence TV Broke My Brain should capture the frenetic energy of the bands electrifying live performance, as they channel their vast mount of influences into a concise package.

Man Made will also tour the UK extensively, see below for dates:

Check out Raining In My Head from TV Broke My Brain below: