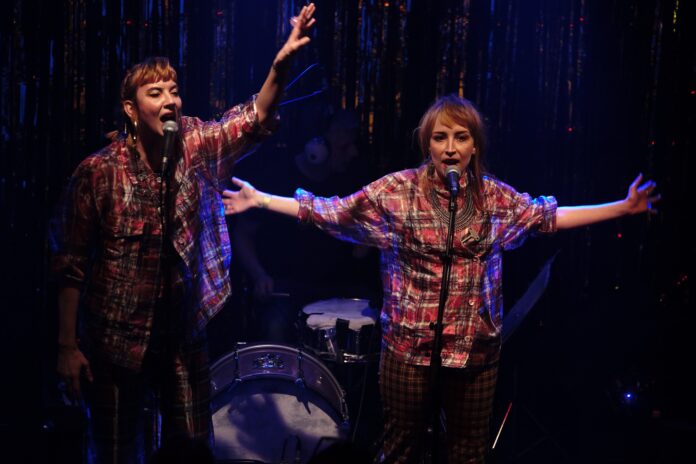 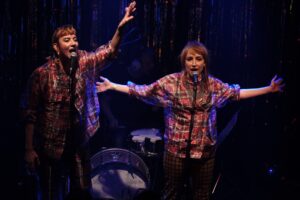 Sheffield’s International Teachers of Pop have released a new track ‘Flood The Club’ and are donating all the money raised to support their favourite venue, the Trades Club in Hebden Bridge.

This is the lead track from their second album, Pop Gossip, and they are urging fans to download it to help the West Yorkshire venue where they played a sell-out gig before the virus forced them to shut their doors.

“The Trades Club have been great supporters of ITOP and all my projects for years, the Moonlandingz, Eccentronic Research Council, so we wanted to try help them during this time where independent grass roots venues are really struggling to keep afloat.” says the band’s Adrian Flanagan.

“When you’re touring lots it does become a bit like Groundhog Day, you turn up at a venue, get shoved in a little windowless cubbyhole with a packet of crisps and a bottle of beer for a few hours before some grumpy chump comes and tells you to get on stage and you spring in to action – which is totally the opposite to how you get treated at The Trades Club.

Over the last decade the Trades has become a must play date for bands who can often fill much bigger places due to the way they are welcomed by the club’s Promotions Manager Mal Campbell and his team of friendly volunteers.

“Playing the Trades Club is always that much needed cuddle on the tour itinerary and for that reason alone it’s our pleasure to try to do our little bit to help them!”

The band say this new track is a bit of a departure from their usual sound and feels more suited to the weird times we live in.

“It’s a bit darker than our usual electro pop fare, the track envisions a dystopian world of clubbing that’s very clean, nightclubs with their sprinklers on all night, taps overflowing on to the dance floor,” notes Flanagan.

“I guess it’s accidentally quite topical! It’ll be interesting to see how this all pans out, I for one, like my clubs a little grimy. If I’ve not left a club with soil on my knees and a stranger’s dribble on my shirt, I’ve not been out!!”

Charity download link for Flood the Club here and you can pre-order Pop Gossip here.