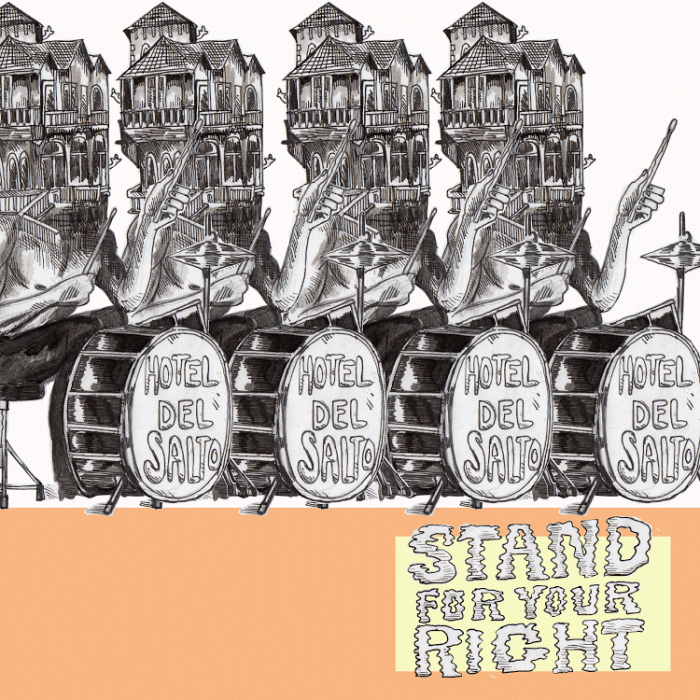 Following on from the success of his last single ‘Bigger Than Elvis’ Hotel Del Salto (aka J. Francis) has announced the release of a new single ‘Stand For Your Right’.

Carmarthenshire’s Hotel Del Salto seemingly sprung out of nowhere with his last single ‘Bigger Than Elvis’. Fusing the experimental side of early Beck with pristine melodies, J. Francis created a single that was unique in its avant-pop sensibilities and bold, DIY ethic.

On the 19th June Francis releases the follow up via Libertino Records. ‘Stand For Your Right’ written in 2016 over two continents and is a reaction to the Referendum and Presidential election result. As Francis states:

“I wrote the main chunk of it in my hometown, Carmarthen. I had the idea of writing a protest song that was very linear, the fallout in the UK post referendum was deeply disturbing… then I went out to Texas for six weeks over election time and obviously there’s parallels out there. It’s about people sticking together rather than be divided”

Listen to ‘Stand For Your Right’ below:

‘Stand For Your Right’ will be released as a digital download on Libertino Records June 19th.

“Imagine the pop experimentation of Bowie and Prince, throw in a bit of Beck and a bit of Mac DeMarco. The result: Hotel Del Salto. J. Francis combines brilliantly experimental songwriting with playful lyrics, a DIY approach to recording and, most of all, an irrefutable talent to package his influences into one, wonderful, 3-minute-long tracks.” Gigslutz