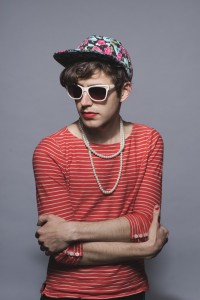 Ahead of his tour dates next week; Ezra Furman has announced a further run of dates for later in the year.

To coincide with the announcement of his further dates, Ezra has also unveiled the brilliant stop-motion and lyric video for his upcoming single Ordinary Life. It’s the latest single from Ezra’s critically acclaimed album, Perpetual Motion People (check out our review here). His endearing and heartfelt worlds are always wrapped in a plethora of sprawling influences. However, Ordinary Life is stripped back with Ezra’s raw lyrics taking the fore and the video perfectly illustrates the delicacy of the track.

Ezra’s current tour dates are below:

With further tour dates in October: