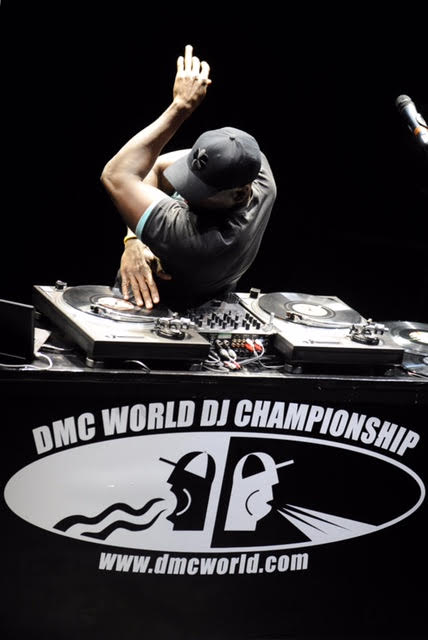 DMC have announced their line-up for this years final and it is set to go down as a legendary night as it sees the return to the UK of Invisibl Skratch Piklz (DJ Qbert, D-Styles and Shortkut) for their first gig on these shores since 1998.

Joining Invisibl Skratch Piklz on the bill is beatbox aficionado Killa Kela and his crew The Spitkingdom. Fusing elements of electro, hip hop and drum & bass, his mind-boggling performances have seen him tour with some of the biggest figures in the music industry including Prince and N*E*R*D. Having thrust himself into the mainstream media with his impossibly realistic cover of Britney Spears’ ‘Slave 4 U’, his energetic performances, filled to the brim with talent and humour, are not to be missed. Speaking on the show he has said: “We’re all massively fired up for this …10,000 Spitkingdom hours are about to shell down on the World Finals!!”

Taking scratching into another dimension, the pioneering DJ Woody returns to the DMC stage, accompanied by a live band. Being hailed as “one of the creative forces in DJing the UK scene has ever produced” by the Scratch Perverts, his talents have taken him from a working-class North England town to rubbing shoulders with the likes of Grandmaster Caz and Madlib as he continually amazes audiences and fellow DJs alike with his signature ‘Woodpecker’ trick. Showcasing tracks from his forthcoming album, his performance will be a stimulating journey of hip-hop, funk, disco and everything in between.

After 10 years of battling at top level and performing at numerous festivals including, Glastonbury and Secret Garden Party, The Beatbox Collective come to the finals to host a special one-off beatbox workshop. Their experience and talent is second to none and will be bringing lessons of live music production and physical theatrics to the public. The Beatbox Collective are shining examples of how the DMC World brand aspire to inspire the next generation of hip hop culture – speaking on the event they said: “Amazing and honoured to be part of this historical event…an influential event leading the way for the Beatbox scene”.

As well as The Beatbox Collective, pop-and-lock legend Popmaster Fabel of the Rock Steady Crew will host his famed popping and locking classes at the O2 Forum. Growing up immersed in the 70s New York hip hop scene, Fabel embodies traditional hip hop culture, combining the breaking and up-rocking moves from his native city with the unmistakable popping and locking style. Lyrical wizards, Chester P and Farma G of British hip hop group Task Force will be hosting a tongue-twisting lyricism workshop, whilst previous DMC winner DJ Fong Fong joins DJ Woody in a DJing master class, where they will reveal secret formula to becoming a DJ champion.

This year’s DMC World DJ Championship Finals looks set to take the event to new heights with a host of special guests and unique workshops from industry professionals, cementing its position as the defining event for deciding the world’s greatest DJs, and the highlight of your September.

For tickets and information visit the official DMC website