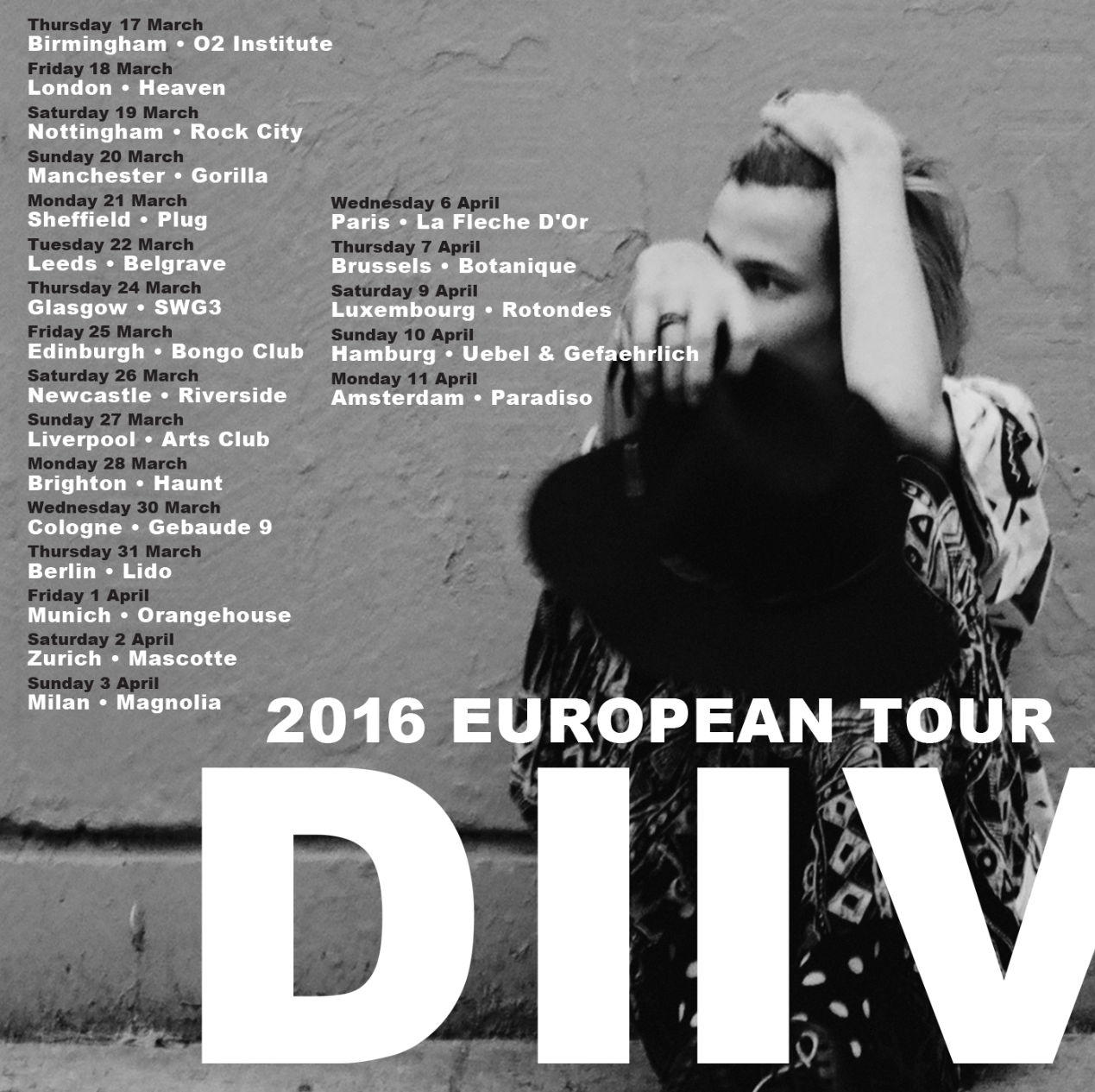 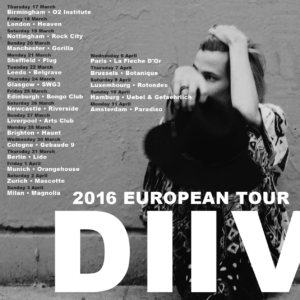 Following a rather successful 2015 DIIV today announce a mammoth UK and European tour, with their sophomore album Is the Is Are set for release this Friday its set to be an even bigger year for DIIV.

Is the Is Are was recorded and mixed around Brooklyn throughout 2015, the album builds upon the critically acclaimed Oshin. This time though they’ve delved deeper, Is the Is Are possesses a darker yet more honest tone. However, the band are known for their exceptional live performances and these tracks are sure to compound this reputation.

DIIV will play the following UK and European dates: