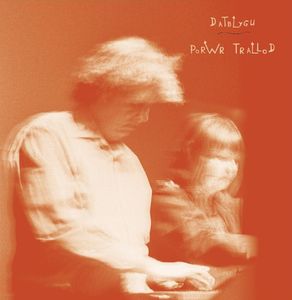 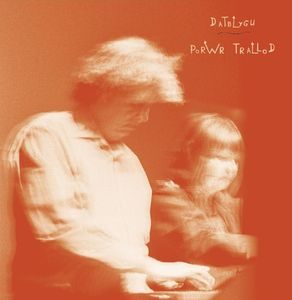 To celebrate the fact that seminal Welsh artists Datblygu’s last album Porwr Trallod (our review of which can be found here) has been nominated for this years Welsh Music Prize, Ankstmusik Records are releasing a limited run of the album on CD.

We at LTW have been long-term fans of the duo (David R Edwards and Patricia Morgan) so we were extremely pleased to hear that their latest (and possibly finest to date) album had been nominated for the 2016 Welsh Music Prize. Originally released on vinyl (which came with a CD version) Ankstmusik Records have decided to release the album again solely on CD for those that missed out. Full press release below:

“Following on from the December 2015 release on vinyl only, of the first full-length album in twenty two years by the seminal Welsh band, Datblygu, we are pleased to announce that a special Ankstmusik CD version is being released on Nov 11 2016. This CD version appears in time to coincide with the album’s inclusion on the WELSH MUSIC PRIZE shortlist as one of their albums of the year.

Datblygu have been at the vanguard of Welsh experimental culture since their inception in 1982, and have forever bent Welsh culture out of shape with their startling Welsh language trilogy – Wyau(1988), Pyst(1990) and Libertino(1993). With their latest album Porwr Trallod, (Tribulation Browser) they manage to find the fine balance between the rawness and directness of their early releases with a new and progressive stripped down sound. Datblygu re-emerged with the mini-album Erbyn Hyn (‘By Now’) in 2014 on Ankstmusik Records and performed a critically acclaimed, sold out live performance at experimental Welsh music festival CAM15 at Cardiff’s Millennium Centre, next to the Welsh Assembly Devolved Government building in April this year (a very Datblygu location!)

Over the course of its fourteen tracks, Porwr Trallod sees the male/female essence of a newly energised and legendary musical duo (Pat Morgan, David R Edwards) delve deep into the psyche of Broken Britain with lyrics and sounds ranging from the angry to the serene, via the beautiful. Topically diverse, the album sees a more introspective lilt to the lyrics but in turning their gaze inwards, the band have managed to capture the unease and tension that is currently prevalent.

Porwr Trallod is not just a new chapter in the Datblygu story but a new chapter in progressive, courageous, and bold art creation. Typically the band have rejected a trip to revisit former glories (trilogy and Peel era) and have refused to bask in the appreciative glow of an audience that has finally learnt to play catch up but instead has used this new music and art to once again challenge and provoke (it was always thus!) the audience .You can feel that listening to Datblygu’s music and especially this new album, that the relationship between listener and artist is firmly positioned outside so many accepted norms and clichéd perceptions. David R.Edwards’ insistence on always offering extremely personal lyrics ensures that their music will, paradoxically, continue to succeed in bringing us closer together as we listen to his poetic worldview fused with Pat Morgan’s telepathically sympathetic music. It is good to be reminded how truly special this band is.

We wish the band good luck with the WMP and if you have not managed to get a copy of the album now is the time to rectify that.