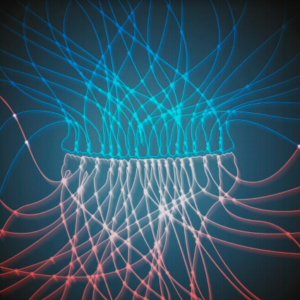 Cowards are set to release their debut album on 14 April 2017.

Cowards was born in and around Blueprint Studios, Manchester by three musicians disillusioned with the Manchester gig scene but still in love with making music. Mike Charles, Grant Tildsley and Iwan Jones picked themselves up from the ashes of their previous bands and united in a mission to create something meaningful and beautiful, determining to make an album before ever playing a gig.

From their inception in 2013, the band abided by one rule, they would not compromise their sound under any circumstances. What followed was a year during which they begged, stole and borrowed; vintage synths, field recordings, a whole brass section, the sound of wind going through The Singing Ringing Tree… if the creative process demanded it, they delivered, entirely uncompromised.

Armed with Mike’s electronic sketches, the trio found an ally in their producer turned band member Dave Woodhead who helped perform open heart surgery on the songs and found the album’s heartbeat. Finally, whilst in the pub between recording sessions, Cowards found singer and pianist Esther Maylor completing the band’s line up.

With debut album Teeth finished, 2016 saw Cowards begin the complicated process of translating the album in order to play it live. They had created an album out of subdued falsettos, acoustic guitars, industrial electro, undulating pastoral soundscapes – and a subconscious obsession with bones and body parts – using a brass band, field recordings, ad-hoc choirs, guest musicians, and vintage synths they didn’t own. Overcoming these limitations and re-inventing the songs was no easy task, however the process has resulted in the band arriving at a point where they’re ready for live performance; Cowards will launch their album at their debut gig on 15 April 2017 at Manchester’s Deaf Institute.