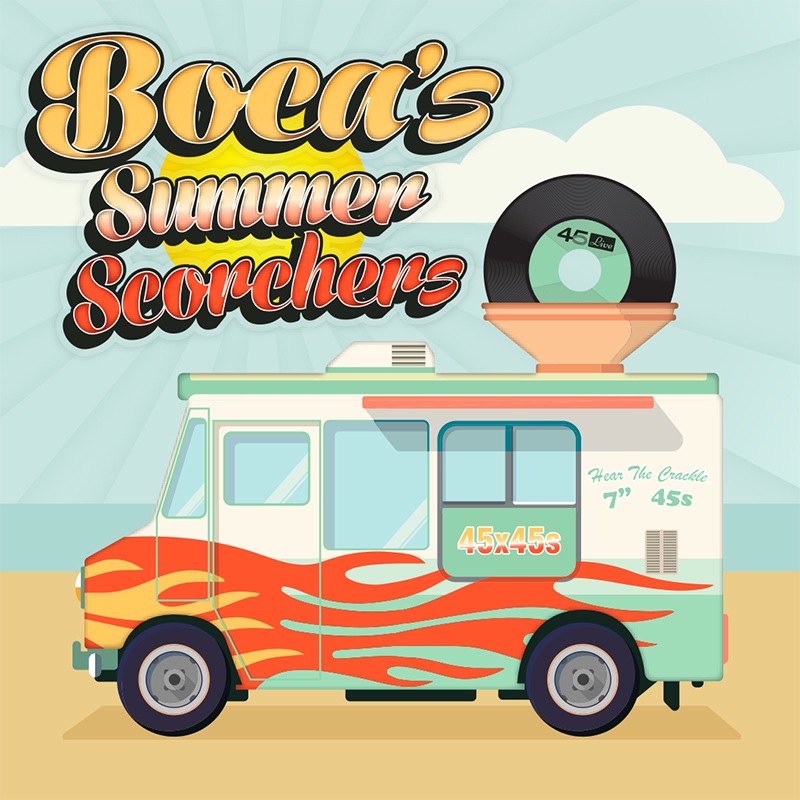 Bristol hip-hop producer/DJ Boca 45 is set to release a brand new mix CD. Entitled “Boca’s Summer Scorchers” the mix was created using nothing but 7″ 45s and is very limited with only 100 copies being made.

We at LTW have been fans of Scott’s work for a while now and it is always exciting when he announces a new release. Summer Scorchers will no doubt serve as much needed source of joy and inspiration and will be dripping with positivity. Scott’s skills behind the decks or in the studio make him a much sought after producer and DJ which has seen him perform all over the world.

What with the weather and the current state of affairs here in the UK, Boca’s Summer Scorchers will be the perfect tonic.