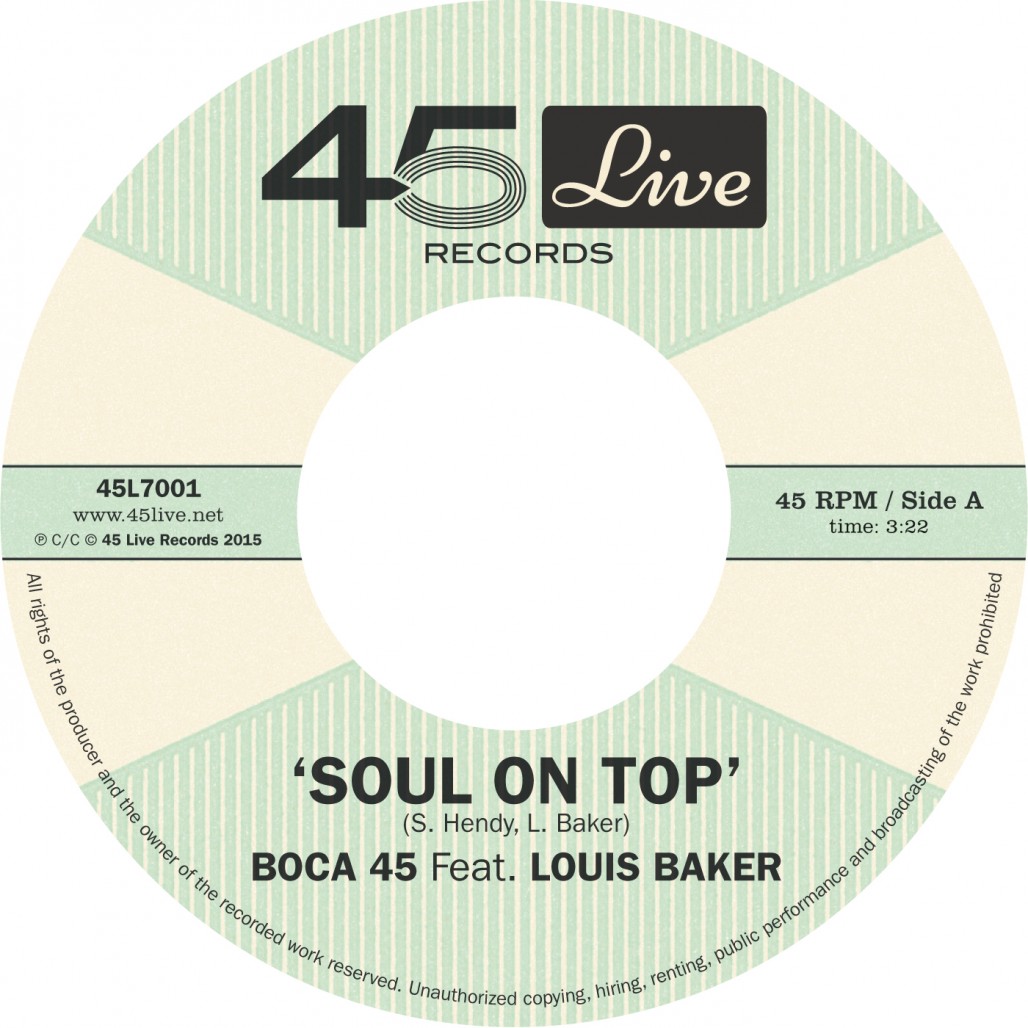 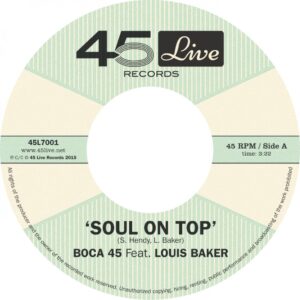 45 Live Records are set to issue their first release in the shape of a limited edition dinked 7″ vinyl single by Bristol producer/DJ Boca 45.

So 45 Live Records have decided to come out of the traps flying by releasing a limited edition 7″ single by Boca 45. Not only is it a delight to see a label make a return to a golden age by pouring love into the 7″ format, but it is also great to hear Boca 45 on such fine form.

Soul On Top is an upfront cut and thrust slammer that injects some much needed light into this dark season. Filling you with warmth, Soul On Top features the vocals of New Zealander Louis Baker and is unashamed and unabashed in its desire to get you moving. Full of funk, guitar and bass riffs that strut and preen, Baker’s vocals hark back to the days of Motown and Stax, sometimes smooth, sometimes aching, the track is pure joy. It slips and slides adding a strut to your daily life. If you’re sitting still when it’s playing then I’d seriously consider calling out a doctor as you are obviously impervious to happiness.

With the sporadic bouts of scratching and the general momentum of the song, Soul on Top places itself firmly into the golden era of hip-hop where experimenting was key and the dancefloor is where your artistry would fly or burn.

The b-side contains Diego Theme which many will be familiar with as it is taken from Boca 45’s second album Vertigo Sounds and an instrumental version of Soul On Top.

This is a great single and even though it is not out until January you should not sit on ordering. If you miss it…you miss out.