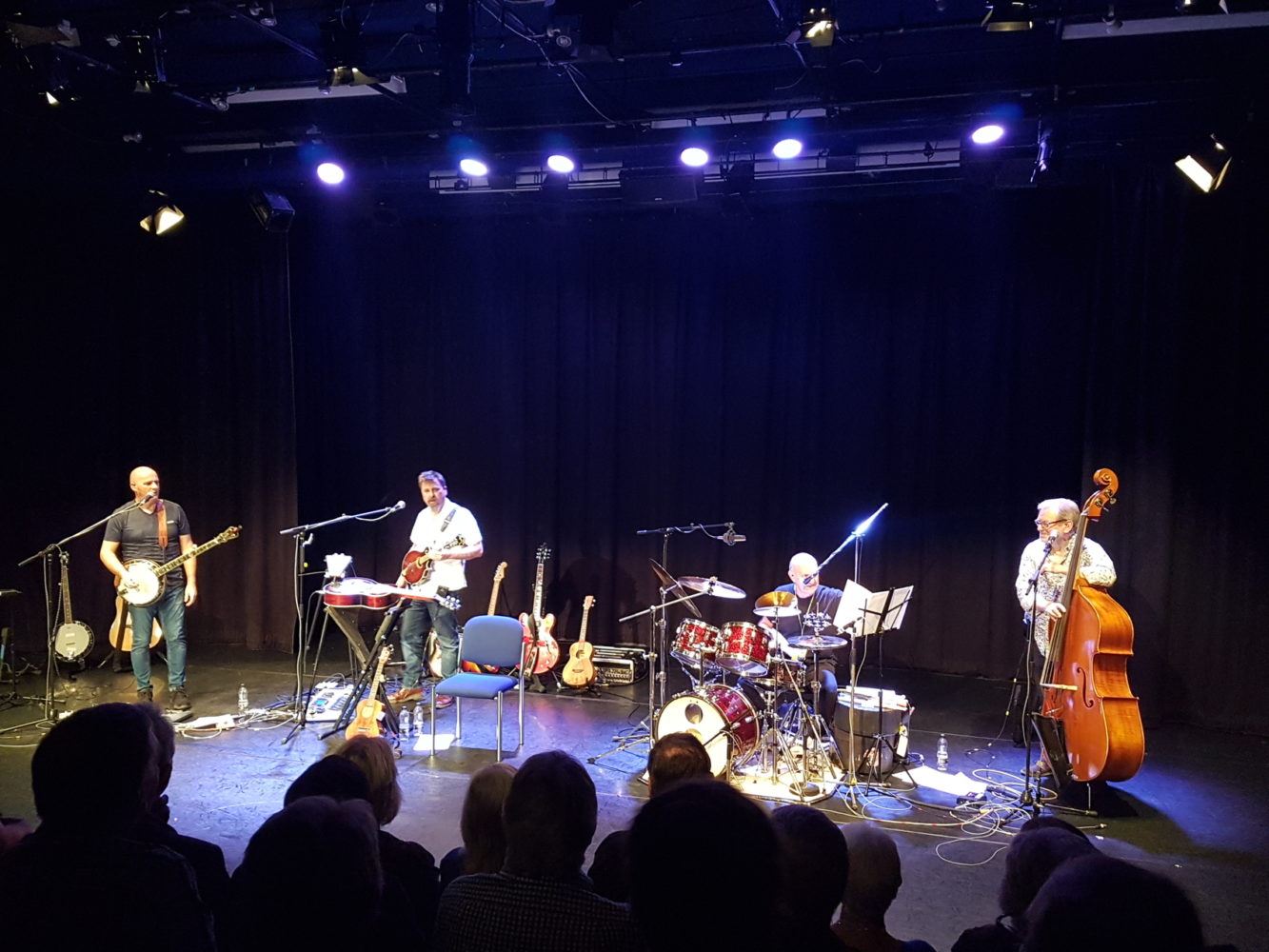 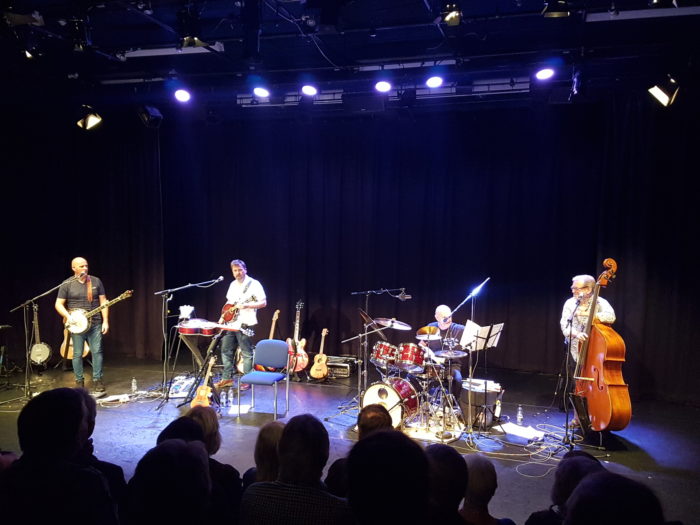 Formed by members of Joe Brown’s backing band, The Newgrass Cutters reinterpret some of the most famous songs of the last century in a bluegrass style. Louder Than War had caught a glimpse of them when they had performed a few songs at Joe’s show in St Albans in 2016. The band have since released their first album (a second is in the making) and are building a steady following. This show at Crawley was a return visit and it was the occasion for their local fans to discover their new double bass player Andy Crowdy. Pete Brown and Phil Capaldi share the lead vocal duties and have an on-stage rapport that is not too dissimilar to the one Phil had with Pete’s father Joe when they played together (meaning they constantly make jokes at the other ones expense). Virtuoso banjo player Richard Collins completes the line up.

Starting with their own take on the Doobie Brother’s classic “Let The Music Play”, the band then moved into snooker territory with “Drag Racer”, an instrumental by the Doug Wood Band that used to be the theme tune for the coverage of said sport on the BBC. Jumping with ease from from hits by Kylie Minogue (“Can’t Get It Out Of My Head”) and Britney Spears (“Toxic”) to sixties chart classics (a masterful take on the Beach Boys’ “Good Vibrations”), the band proved that a good tune can be played in any style. The first set  closed with a great version of Elvis Presley’s “King Creole” featuring Phil Capaldi on lead vocals and a rocking “Let Your Loss Be Your Lesson” sung by Pete Brown.

If nothing, the second verse proved even more surprising in its song choices than the first. Jimi Hendrix’s “Voodoo Chile” was followed by the disco classic “Boogie Nights”. We were back in recent chart history with Maroon 5’s “Move Like Jagger” while Duke Ellington’s “Caravan” featured a spellbinding solo by Andy Crowdy. Pete Brown took centre stage for an instrumental version of George Harrison’s “While My Guitar Gently Weeps” showcasing his considerable chops on the ukulele. The Spencer Davis Group’s “Gimme Some Lovin'” and the Who’s “I Can See For Miles” were brave choices as the band doesn’t have keyboards and chose to avoid using an electric guitar for the second, but both were pulled off with gusto and actually managed to rock.

More Info on The Newgrass Cutters can be found at their Facebook page.