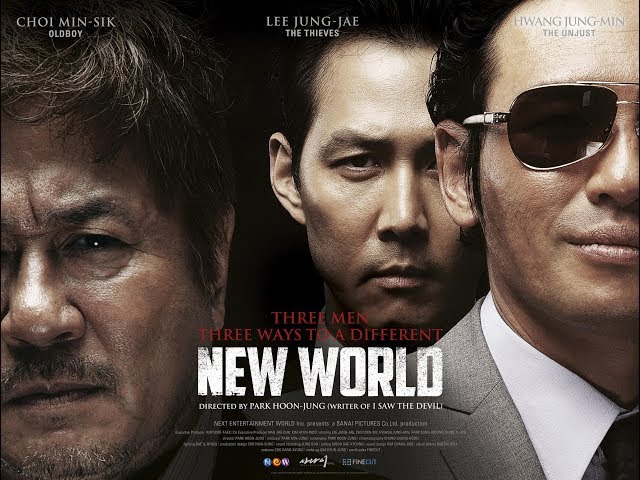 Jamie Havlin takes a look at an award-winning South Korean gangster drama soon to be given the Hollywood remake treatment.

Having established himself as one of South Korea’s finest screenwriters with his scripts for I Saw the Devil and The Unjust, Park Hoon-jung chose to forge a complementary career behind the camera. With his second directorial feature New World, he proved that he is equally adept in both fields.

The film opens in a warehouse where a gang of men in sharp suits attempt to torture a confession from a man whose face is already bloodied. It might remind you of Reservoir Dogs but the movie New World most closely resembles is Infernal Affairs, the 2002 Hong Kong crime-thriller film later remade by Martin Scorsese as The Departed. There’s also a distinct Godfather influence here – Park Hoon-jung admits he’s maybe watched that masterpiece over a hundred times.

After a year-long investigation, charges of tax evasion, embezzlement and stock price manipulation against Seok Dong-chool are dropped due to a lack of sufficent evidence.

Seok, the chairman of South Korea’s most feared corporate crime syndicate, Goldmoon International, won’t live long to savour his victory. Within hours, he is dead, killed in what on the surface appears to be a car accident.

Business must continue and a succession battle immediately kicks off with three credible candidates emerging: Jung Chung, Lee Joong-gu, and Jang Su-ki with the former two being favourites.

Chung (Hwang Jun-min) is a loudmouth and exhibitionist. He makes an immediate impression arriving at an airport wearing a white double breasted jacket, counterfeit shades and slippers. He’s an exec director of Goldmoon and has close ties to Chinese Triads.

Lee Joong-gu (Park Sung-woong) appears a more calculating candidate, ambitious and utterly ruthless. Goldmoon is a coalition of crime clans and, significantly, he has the support of the biggest clan.

Soon episodes of internecine warfare break out, all of which are being closely monitored by the police. Recently promoted senior detective Kang (Choi Min-shik) has helped set up an undercover operation, Operation New World, to weaken the stability of Goldmoon, his inside man Ja-sung (Lee Jung-ja) having risen to a position of power there, becoming Chung’s favoured lieutenant.

After eight years undercover, though, Ja-sung is toiling under the pressure and desperately wants out. Kang won’t allow this.

The relationships between Kang and Ja-sung, and Ja-sung and Jung are complex with the latter bond, at least outwardly, the closer of the two. To Jung Chung he is a ‘bro’ while Kang calls him an ‘insolent fuck’, telling him that after all the time he’s spent undercover he sounds and acts like a real gangster. He even suggests that he is maybe better suited to his gangster life.

Kang promises him a reassignment overseas once the succession is confirmed, although Ja-sung feels he can’t trust his chief. He certainly believes that the gangsters trust him and value him more than his fellow cops.

A critical and box office success in South Korea, Park Hoon-jung’s ‘film about gangsters in politicians’ suits’ is a tense drama that is beautifully directed and intricately plotted with some intriguing twists.

Best of all are the superb performances from Lee Jung-jae, Choi Min-sik and Hwang Jung-min.

There’s some spectacular violence and one scene where a group of men fight with knives inside a lift is exceptionally choreographed, the enclosed space somehow ramping up the horror of the bloodbath. 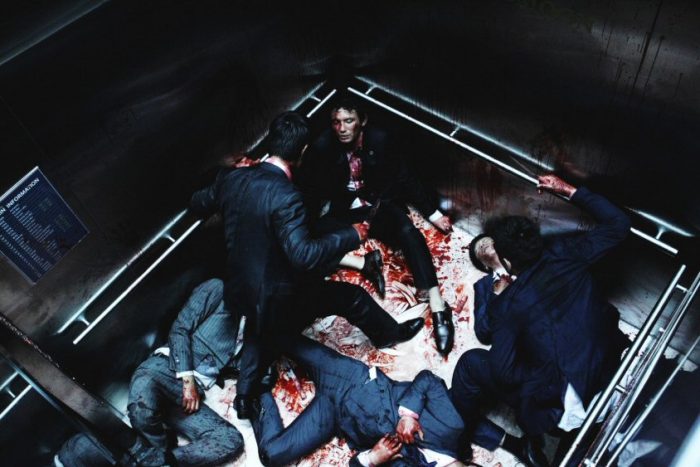 Hollywood is honing in on a remake but it would do well to be anywhere near as good as this.

For more on the film.