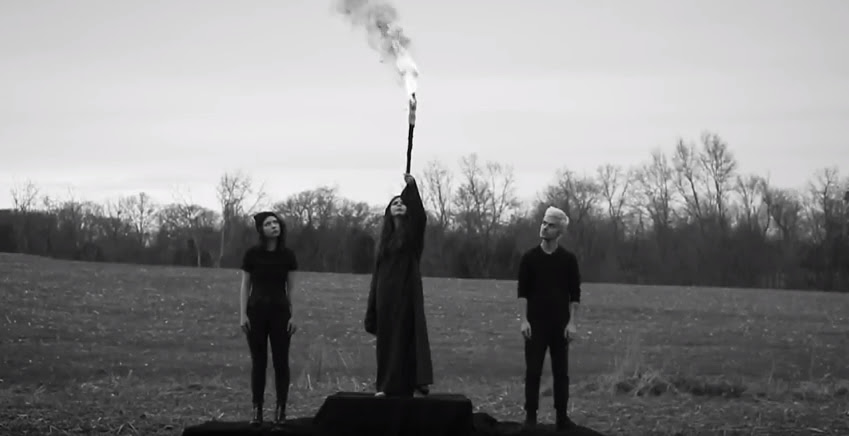 The track itself is from the band’s latest album Pareidolia, which Louder Than War premiered here (along with an interview with the band) – an assemblage of music incensing audiences with its emotive electronic soundscapes, lashed through with a delicious darkness. ‘Pareidolia’ as a word defines the psychological phenomenon of finding patterns in unexpected places – and PreCog here show a determination for their audience to encounter things they did not enter the track expecting.

‘Compete’ is a track and video with depths of its own worth considering – it’s a fight between forces that seems futile for both, shot across eerie, empty grasslands. It makes the audience ask the question – why are we fighting, and is it worth it?

As the video’s director and the band’s guitarist Bret Pemelton describes the inspiration for the visuals:

“As a photographer I’m always looking for the conceptual angle with my portraits. With video I like to wrap it all around a simple theme, especially as I’m pulling favours with cast and crew. So I went with a literal take on the song’s title.

“I liked the idea of this mystical female person arriving out of nowhere and manipulates the, seemingly disconnected, young couple to resort to their primal instincts. The final scene shows the couple, in a defeated posture, approaching and mounting an Olympic type podium, both at equal heights at opposite sides. The torch bearing mystical woman rises as the victor. Like two warring factions, countries and ideologies that seek to decimate the other, there’s never really any winners. Justice raises her torch to illuminate this ugly truth.”

And the song itself is a bittersweet ballad, creating an immersive electronic soundscape which is next-level. Opening with moody synths and dwelling keys, the lyrics linger over of feelings of self-analysis and angst: ‘making you seem like a monster/I knew myself to be.’ 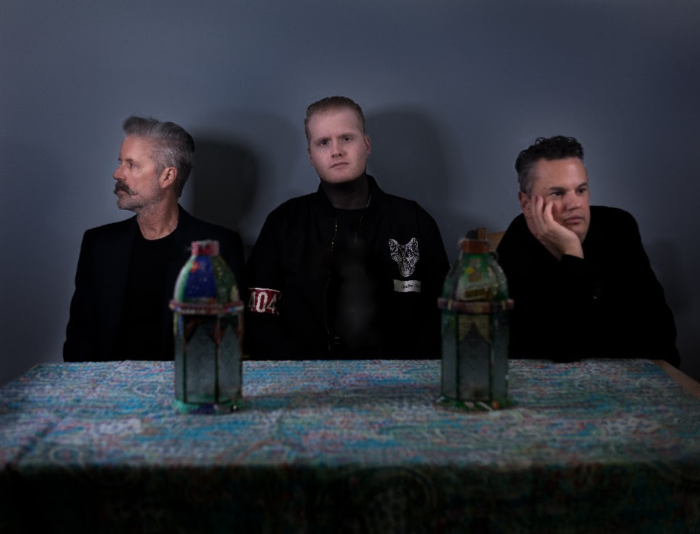 Rather than the evasiveness that can come with some electronic tunes, this piece is powerfully poignant – letting the moods and experiences out. ‘I still struggle’ sears in with new textures and drums, words working over the concept of beating demons and discovering strength.

By the point the audience is enchanted with the killer question, how can I ever compete?’, they are met with edgy electric pulses, a hard-hitting beat and ethereal, almost anthemic vocals towards the end. When so many music videos seem like vacuous or ‘filler’, this is a welcome antidote.

‘Compete’ and the album Pareidolia are available on all major streaming and digital platforms, as well as direct from the band’s label AnalogueTrash.
For more on PreCog, they are on Facebook, Twitter and Spotify.