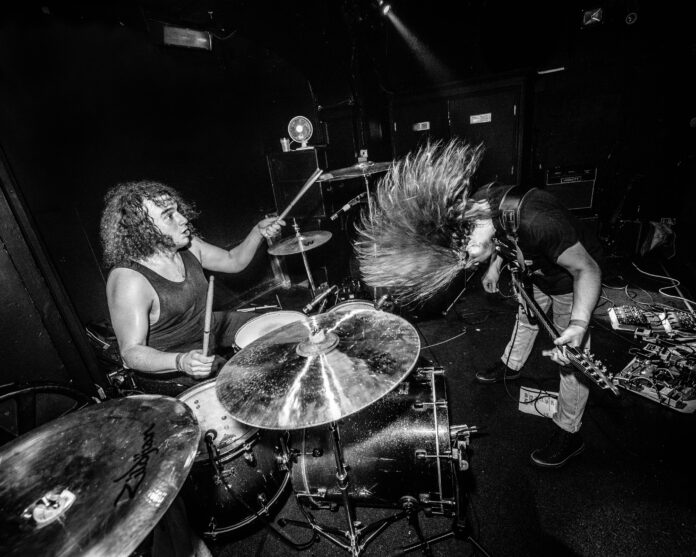 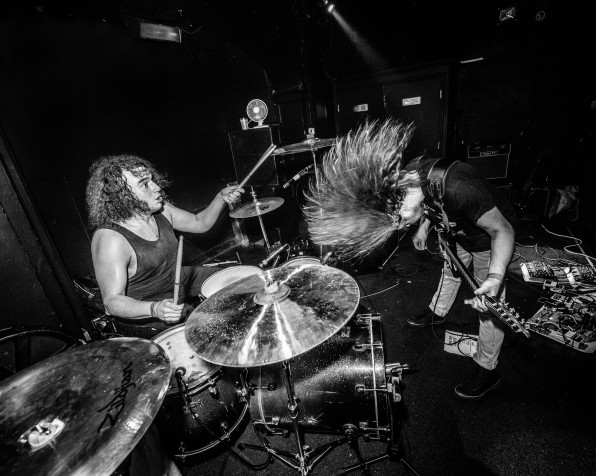 The new video by the black country’s finest, God Damn, is not only another “bilious maelstrom of grungy fury” as the headline suggests, but it’s also their new single and it gives us a solid indication of what to expect from their debut album, due out in May. The guys are also hitting the road in February and we totally encourage you to check them out when they do. Especially if you like bands who channel Pulled Apart By Horses meets Pixies and Jesus Lizard.

Just over two years ago our good friends over at Gravy Records sent us some music by this band God Damn. We bloody loved it and were soon penning a “New Artist of the Day” piece about them. They were a three piece back then but sadly disaster struck soon after we run that piece when the band’s bassist, Dave Copson, was severely injured in a car accident last summer. They soon picked themselves back up, though, and went out on the road as a two-piece – one which has just as much potential as the three-piece that preceded it as far as we can tell.

2015 will see the much anticipated release of the Wolverhampton band’s debut full-length album ‘Vultures’, expected May 11th on One Little Indian Records. But before that the band have announced the release of a new single ‘When The Wind Blows’, which is coming out March 9th and for which you can now stream the video below.

But before even the single there’s a chance to catch them live in the UK at the following dates, where they’re accompanied by Hawk Eyes.