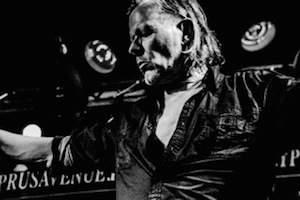 With excitement regarding the new Swans album, To Be Kind, reaching fever pitch  over here at Louder Than War towers (The Seer was our album of the year 2012 after all) we were really excited to hear that new track off it was premiered by our friends at tQ yesterday. Especially as it’s so darn good. Check it out below.

More details about the album, due out via Mute on May 12th and featuring a whole host of guests which include Little Annie, St. Vincent, Bill Rieflin and Cold Specks, plus the first track that streamed off it can be found at a previous post on Louder Than War here.

By Swans standards this track is positively accessible. Not only that but it clocks in at under ten minutes. I suspect though that any thoughts that Gira’s going a bit soft in his old age should be bundled in a box and dispatched far, far away post haste. It’s a great piece of music and still has all of Swans intensity and that sense that each track’s going to end in the destruction of something. Plus it also features the added squal of some manner of brass (saxophone maybe?) This track is going to KILL live – so if you haven’t got yourselves tickets for any of their upcoming shows you best rectify that asap, coz as usual it’s highly probable that they’ll sell out.

Running May through June Swans have these live dates lined up: