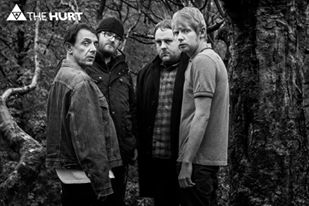 The video for the fine new single from The Hurt – ‘Sleeping’ has just been released, a video as dramatic and beautiful as the tune itself its the perfect opener to ex Paris Angels front man Rikki Turner’s groups first single.

reviewed not long ago in Louder Than War and released on Turner’s own label ‘Blindside Records’ the song has already made an impression with round of favourable reviews. And now with the new release of the video, a haunting dark mini-westernvery much portraying the tunes tale of love, loss and heartache. All played against an emotional and powerful performance of Rikki Turner (and that deep, touching baritone vocal) and the band its release really is complete with a video worthy of its sound. A tune to put the Hurt out there as a pretty exciting prospect indeed and one to watch.