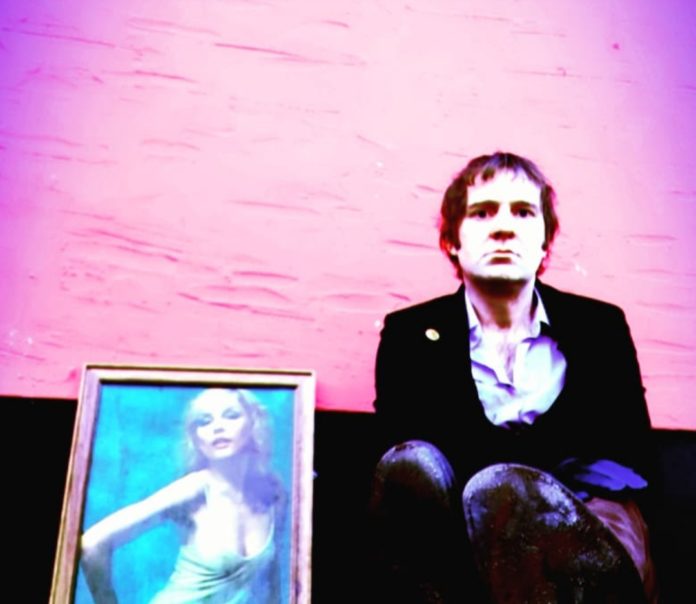 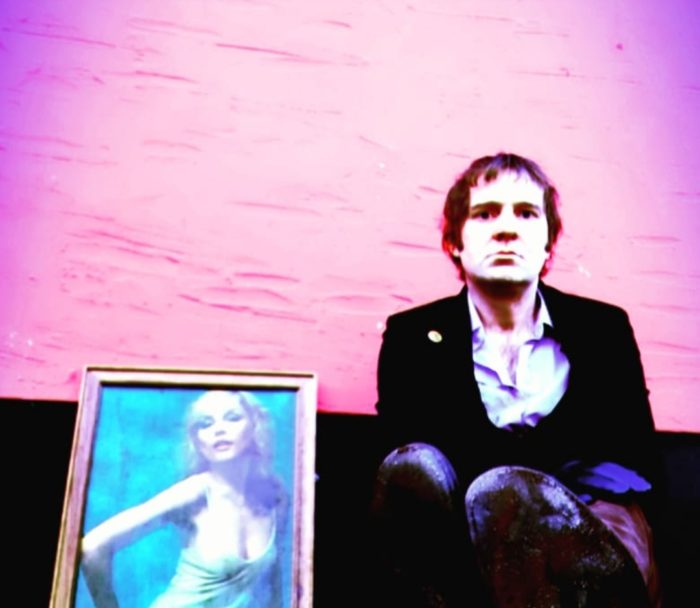 One of the great “lost” bands are Sheffield’s The Long Blondes. This particular scribe can remember nights in Europe, Billy Mackenzie style (but not Midge Ure style),  filled with Churchill impressions, labradors, beehives and chanson, appraisals of Scott Walker and an awful lot of draft beer and Dutch gin. And some brilliant pop music to boot. They really were a heroic band and one day their tale will be told in full.

Old Blondes guitarist Dorian Cox has flirted with ideas and brought out sketches along the way this past decade – while leading the sort of life more readily associated with Arthur Lowe in Lindsay Anderson’s The Magic Bus. Albeit with added amore.

Now a new alias – Gold Top Baby – finds form with this new single ‘Too Far Gone To Cry, Too Hooked To Say Goodbye’. Cox tells of his new video which accompanies the single, “The video was filmed in our current isolation bubble. Based on the creepy Public Information adverts of the 1970s and 80s, it follows a strange narrative of something creepy happening in desolate public spaces, interspersed with shots of a dressing gown clad Dorian in isolation. At home.”

Mixed by Dean Honer of The Moonlandinz/ITOP/I Monster fame, ‘Too Far Gone…’ is a dancey number that tips its hat Alan Vega’s way and flirts with the queasy entertainment module Fad Gadget patented. The video is juvenile and very funny; a rejoinder to Phil Oakey’s conceit of the video shoot of ‘Life on Your Own’. Phil, you need to go back to your room, my man. That everyman pop needs a rethink.

Portrait of the Artist as a Lockdown Consumer – Gold Top Baby

Your favourite scenario
That glorious feeling of being a couple of pints down when the pub philosopher begins to make real sense.

Your favourite illicit or illegal cultural artefact
An illegal pressing of – allegedly – the original US pressing of Unknown Pleasures, housed in a photocopied version of the original sleeve. Bought years ago from a dodgy looking chap in Sheffield.

Your favourite trouser cut
Nowadays undoubtedly a flare. I’m utterly bored of seeing normal lads with their gym-pumped legs squeezed into skintight cheap denim. A trouser cut should elicit shock and awe, and as I swish through the town I can feel heads turning.

A thing you abhor
People who stop directly outside the doors of Manchester Piccadilly station to scroll through their FB feed. I wish the very worst on these people for the rest of their miserable lives…