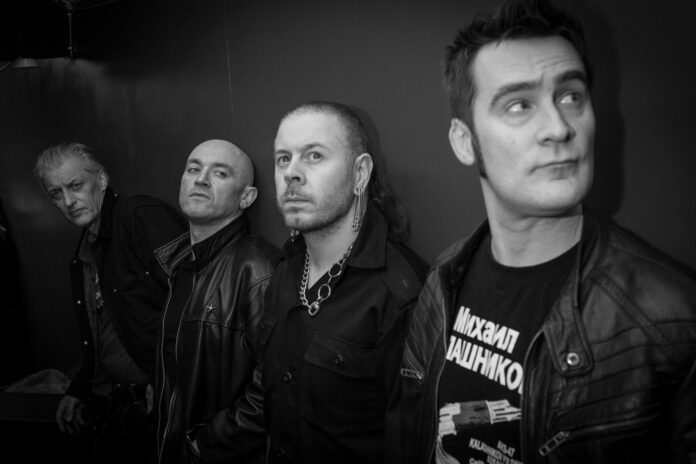 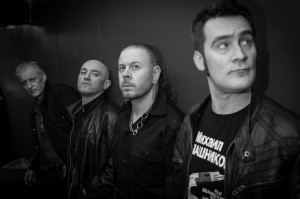 Punk legends Anti-Pasti have reveled a new singer – GeZ Addictive – and confirmed they have an album of new material on the way.

And while it’s a new chapter for the band, founded in 1978 and who returned for a comeback tour in 2013, they promise their punk’n’roll anthems for the underdog as just a relevant today as they were at Anti-Pasti’s height in the early ’80s.

“I like to think of us as a socially aware band,” explains drummer Kevin Nixon. “The new stuff has that certain power, as did the old, but perhaps with a little more maturity and a wider world view. GeZ is a genuinely angry guy, so you can expect the delivery to be pretty up front and the music reflects the current mood of the band … this is Anti-Pasti for the 21st century.”

GeZ Addictive adds: “Within the band, a big deal for me was politics. I’m known for staying true to my beliefs and wearing my heart on my sleeve. The first conversation about me joining was politics, to make sure we’re all on the same sheet.

“With the new material the whole band have input and their own ways of embellishing parts, so it does create subtle layers that take songs that could be good anthemic chants into something a little bit more crafted. This band is raring to go.”

Although Anti-Pasti sit proud among the list of bands who rode the wave of early Eighties punk, there have been qualities that always set them apart.

“Musically, we never thought of ourselves as being like many of our contemporaries,” says Nixon. “We had great arrangements and key changes although at the time that was partly to hide musical limitations.

“The nuclear countdown clock was ticking loud in the early Eighties so of course that was a hot topic and a lot of our lyrics were anti-war – you look around the globe now and not a lot has changed.

“We wrote songs about the rising dangers of extremism and the corruption of belief, but we dropped some of those back in the day as we were worried that it may attract the wrong type of punk or skinhead, because at the time violence and hooliganism were rife and we didn’t want that label.

“Our new material is very much the in the same vein, using topics that provoke a bit of fury. This is a new chapter … Ben and Ollie are fantastic musicians and GeZ has brought his vocal talents to the party but it’s gonna be a whole new thing with a different trio in front of me. We can’t wait to get out there.”