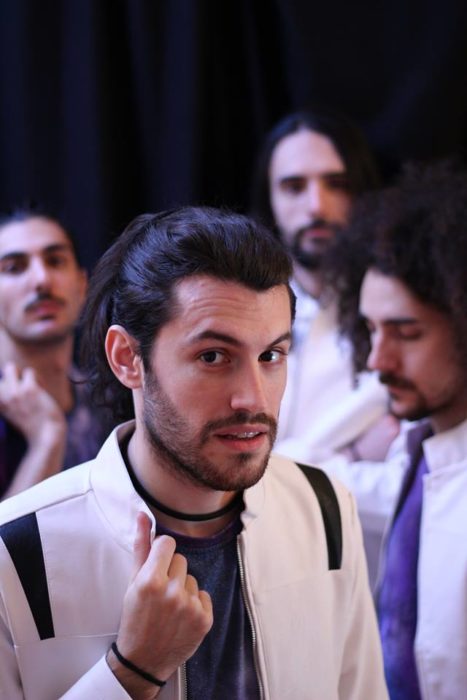 Florence-based Piqued Jacks sit down with Louder Than War so we can catch up on exactly what they’ve been up to of late.

Having featured on these pages several times over the years, it should come as little surprise to know that Louder Than War are big fans of Florence-based Piqued Jacks. Forming in 2006 on the outskirts of Florence, early intentions were to set out to become the next Chilli Peppers. Fortunately the four-piece, twelve years of playing together has enabled them to develop a sound that’s both familiar and relatable, yet utterly their own. It’s this idiosyncratic brand of indie rock that has enabled the band to play places as diverse as Rome, Glasgow and Austin and earned them critical acclaim globally.

We sat down with the band to have a chat about what they’ve been up to, and what they’ve got planned for the future:

Hey guys, thanks for taking the time to answer our questions, how’s it going?

Hey there, Louder Than War! Thank you for having us. We’re always a bit superstitious when it comes to say it, but screw it: it’s going really well.

You’ve just released your most recent single ‘Eternal Ride of A Heartful Mind’, what’s the story behind that?

The story of this song goes back to 2016, it came out like a spontaneous jam that we called the “Smashing Pumpkin-ish draft”, and it was by far the most liked track even back then. Lyrics refer to love as a rollercoaster, an eternal ride. When a relationship is considered “unusual” by society, others can create a sort of skepticism around the two lovers, affecting the relationship itself; the story in the song and the video is one of the millions. Whatever love is the one you’re fighting for, you’re not alone.

It was taken from your album The Living Past, which you released last year what have the reactions been like so far?

Both the audience and the critics’ reaction has been overwhelming. Together with our producer Dan Weller we wanted to make something fresh, that nobody would have expected (in a good way) from us. It feels great to see it was worth it to take the risk.

You released what felt like an almost-constant stream of singles over the course of last year. Have you got similar plans following ‘Eternal Ride…’? What other releases have you got in the pipeline for 2019?

Hahah well, 2017 was kinda a silent year for us so we couldn’t hold it together in 2018. Speaking of our previous singles, we’re about to release a very cool live studio session we did in London last December (or maybe it’s out already, so just take a quick peek to our YouTube channel). We can’t say much more about other releases…
Another single? *Check mark* New material? *Check mark*.

Though based in Florence, Italy, you’ve also gigged extensively and won fans in the US and the UK. How do the music scenes between the three differ, if at all? Is there any one that’s particularly embraced Piqued Jacks?

First of all we’ve got to say that we’ve been very lucky to have had the opportunity to export our music to such great music scenes. When it comes to love and appreciation, it’s the same everywhere – even if Italian fans are definitely the craziest ones. Ever since our first American tour in 2013 though, there has been a special connection with the US, which is still going strong despite the long distance. That said, the first thing on the list, is a UK tour.

Similarly, a lot of bands in your position would find themselves relocating to London or perhaps in your case Austin. What’s the reason behind your choosing to stay in Florence?

We did relocate to Austin, TX, and it was the best, but then unfortunately…Trump. Jokes (kinda) apart, after experiencing three different countries, choosing Florence was the best strategy, in order to easily grow our biggest fanbase and at the same time be able to reach all the other European markets we want to hit, such as the UK and Germany.

You take your influences from a variety of bands: Biffy Clyro, The Killers, Incubus but are there any bands from Italy that have influenced you that you think we should check out?

We do like some Italian music but probably none of it has ever influenced our work. Still, there are some cool names like I Ministri, Daniele Celona and The NION (if you want some really bad stuff instead, check out Benji&Fede).

Finally, releases aside, what are your plans going forward for the rest of the year?

To get our music in front of as many people as we can, which translates to “play a s*it-ton of shows”. That is really our main goal for this year, we do want to consolidate all our fanbases all around the world, as well as grow new ones, because we know that our biggest strength is our live show; that’s why we always say that even if you don’t like our music, at least come to our concert. In the worst case, you’ll get a free customized condom.