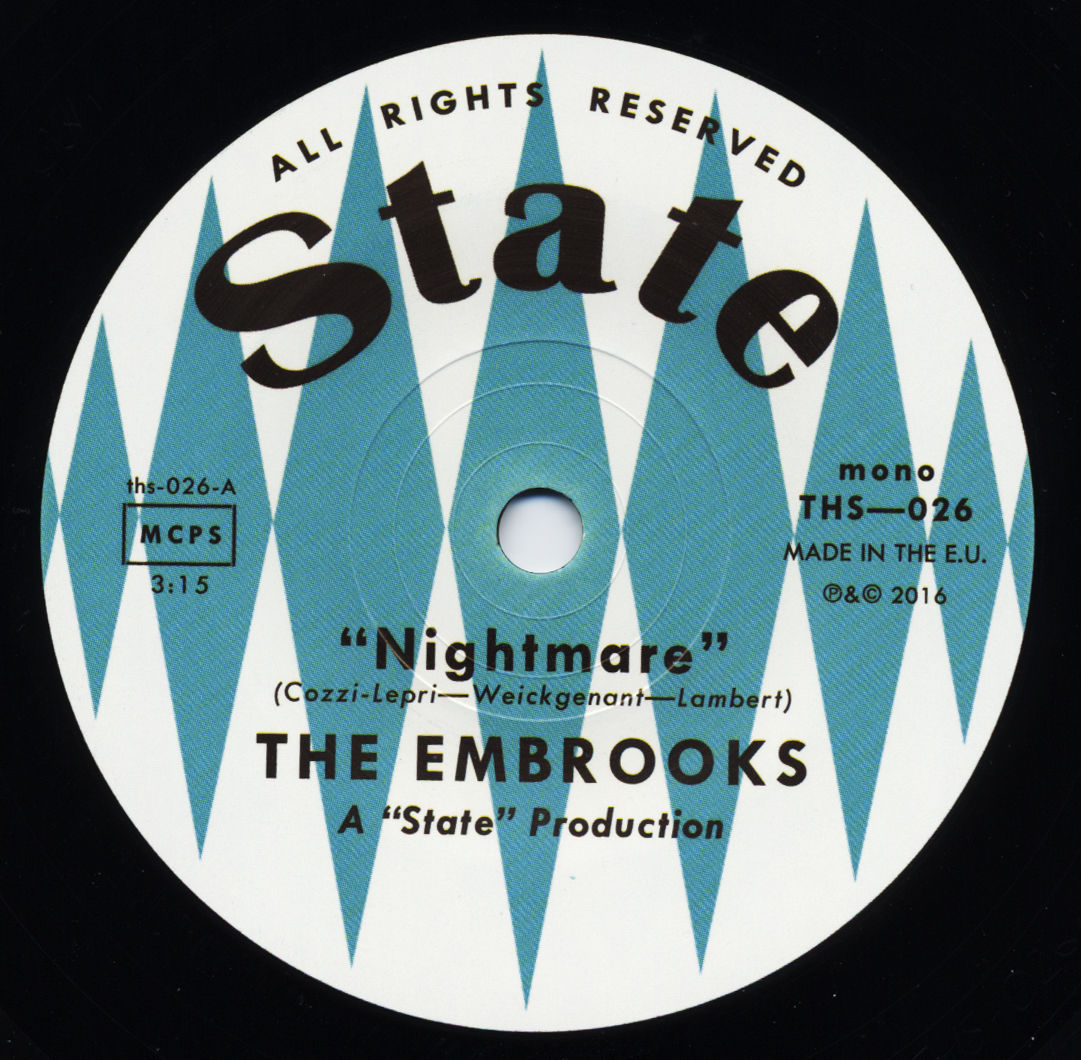 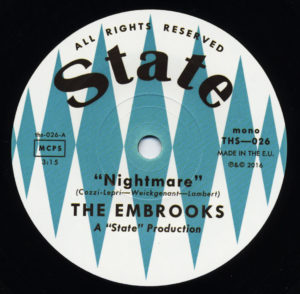 State Records issue 2 new 7” singles in glorious mono by the Embrooks and Galileo 7, for those with a keen ear for ‘60s-flavoured psych-pop/freakbeat. Galileo 7 feature Alan Crockford of legendary Medway garage-Mod rockers, The Prisoners and also Graham Day and The Forefathers.

With a mission statement of “making records that sound like records”, State Records have succeeded yet again! The Embrooks and Galileo 7 both have new singles out on limited edition (500 copies only) vinyl in glorious mono, and if you love ‘66/’67 British Mod bands such as The Who, Fleur De Lys or The Creation, you will not be disappointed.

Firstly, The Embrooks are back after a 10 year break, having already released 5 albums. Their new double A sided single Nightmare/Helen sounds like a classic cut from the Rubble psychedelic/freakbeat compilation series.

The Galileo 7 are also back with a double A side 7”, Nowhere People/Cruel Bird, on which, in their own words have either “evolved or regressed.” Again, authentic sounding British power pop from the ‘60s, designed for playing loud. The band are fronted by Alan Crockford from the legendary Mod band, The Prisoners, who also plays in Graham Day and The Forefathers.