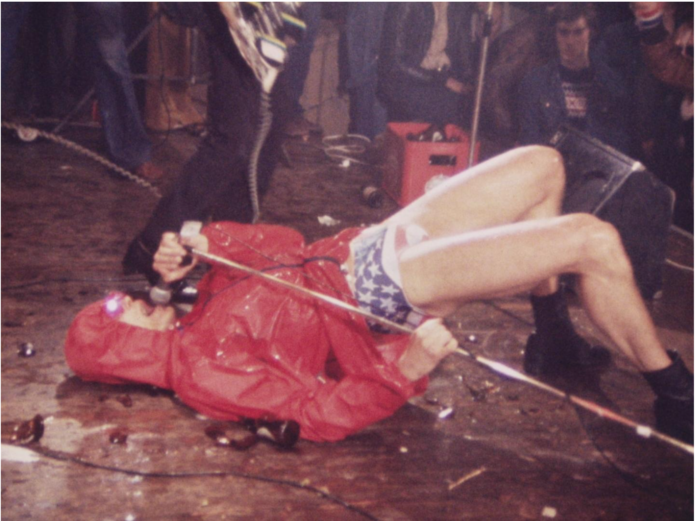 IT WAS NOISY. IT WAS ABOUT FREEDOM AND HAVING FUN. IT WAS PUNK.

JIMMY IS PUNK – THE STORY OF PANIC

JIMMY IS PUNK tells the story of Netherlands’ first punk band, PANIC, with an adrenaline fuelled and extraordinary live performance concert film in Gouda,1978. Shortlisted ‘Best Music Documentary’ at Raindance Film Festival (2020), this is a true punk story about a maverick band that started in 1976 and vanished in 1978. Shot on 16mm and super 8mm analogue. It’s raw and authentic, and encapsulates a time of youth, rebellion and the undiluted spirit of 1970’s Punk.

PANIC was an Amsterdam-based punk band that toured the Netherlands from 1976 through 1978. As the first glimpses of Punk were emerging in London and New York, PANIC were recording a pioneering punk LP entitled “13”. In their heyday PANIC were known for their chaotic performances attended by a sizeable cult following. Forty years later PANIC released three new live recorded performances from 1978. Two concerts were taped in the iconic Amsterdam concert hall PARADISO, a haven for punk bands at the time. The third release is a recording of their performance in the infamous CBGB Theatre in New York. The band also featured in the famous ROCK AGAINST RACISM CONCERT in 1978.

“Punk is full of great stories – most of them are beyond the narrative. We all know the sex pistols story but the true mavericks and the true incendiary wild-eyed heart and soul exists in the wild outsiders and those compelled to perform. Jimmy is punk tells such a story of a long lost 1977 Dutch punk band PANIC whose shows would implode with the tightrope danger that Iggy Pop made a career out of.’” John Robb

“With this film I want to take you back to the early days of punk with nothing but authentic images from the seventies, packed with music and action. This is a punk story about freedom, rebellion and having fun”
Duco Donk, filmmaker.

JIMMY IS PUNK – THE STORY OF PANIC is available worldwide to watch on Doc’n Roll TV from the 30th March and features an exclusive interview with ‘PANIC’ singer Peter Penthouse, hosted by John Robb.