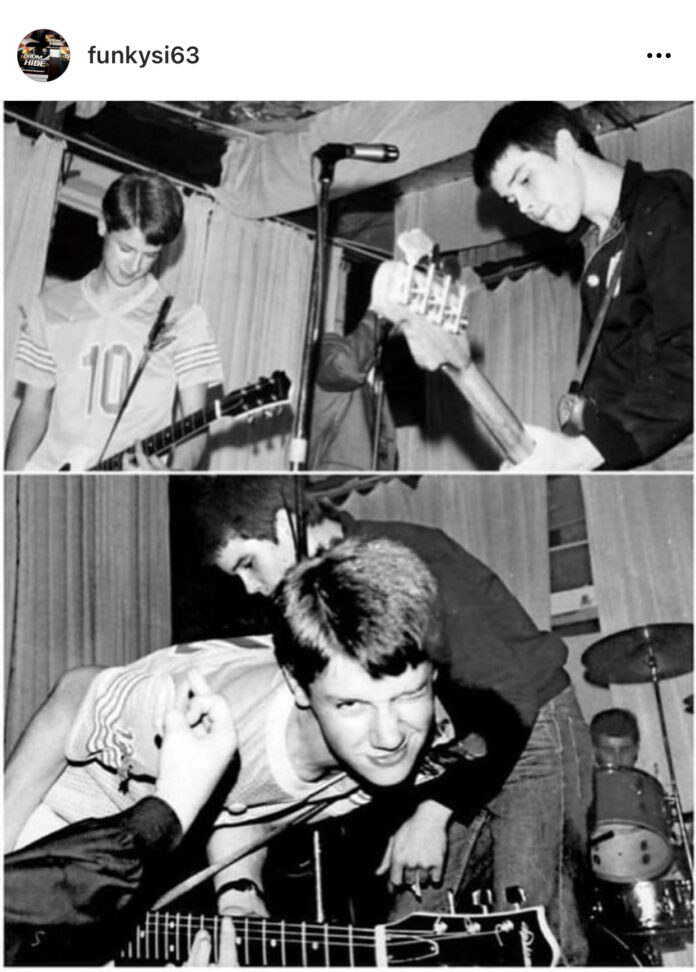 Way back in the punk wars teenage kids were forming bands left, right and centre.

Some of them got pretty good despite being only 15/16 years of age. One group who sounded great with their Clash style songs were The Patrol. They were a bunch of lads from south Manchester who happened to include Ian Brown on bass and John Squire on guitar and Si Wilsencroft on drums as well as Andy Couzens and their mate Pete Garner hanging out with them (all detailed in John Robb’s Stone Roses book ) – after a few more adventures they would turn into the Stone Roses.

Si has just posted these pics on his Instagram 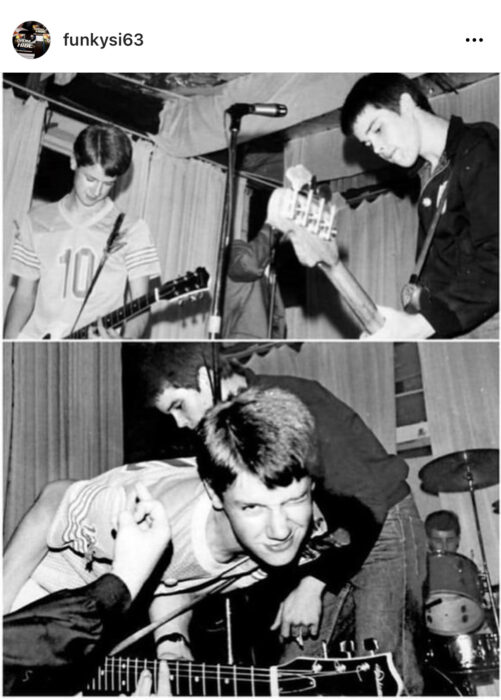