New Perspectives Premieres at the Museum Of Youth Culture, London

New Perspectives is an innovative project by photographer Dean Chalkley, known for his work for Dazed & Confused, Mixmag and currently NME, in partnership with Sunspel.

Chalkley invited six British musicians (Aman Suganami, Kitty Liv Durham, Laville, Lewis Durham, Nick Corbin and Solomon Douglas) to collaborate on writing and recording a track in just 48 hours at Durham Sound Studios. They formed Phono 48 and their debut 12″ single So Pure will be released on 18th February by Big AC Records. New Perspectives documents the project, with a photography exhibition, a short film, a publication, and the release of the limited edition single on vinyl.

“When I came up with the idea for the project I had a simple objective – to bring people together in the spirit of collaboration to create something from scratch. There was no plan – no existing bars, lyrics or beats, just the prospect of freeform musical exchange. It would take them on a journey into the unknown…” (Dean Chalkley) 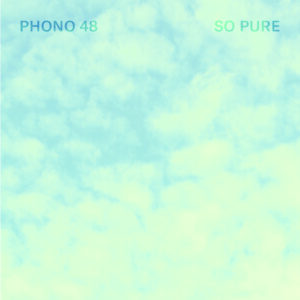 of what the end piece was going to be, was really exciting. It really mattered to us that this project was natural, organic and respected the creative process. For myself and our creative director David Telfer, it was all about supporting artistic talent and helping create something unique.”

Chalkley captured all the action over the two days in a vast series of documentary style photographs. “I looked and listened, quietly collecting and preserving these special moments on my camera. The most magical moments were when the musicians were in their own world making the music and me and the crew were almost invisible”.

“Of course we wanted to make a really good record but the alchemy in the studio between the musicians was just as interesting to me,” says Chalkley. He began to create a film together with Art Director Ciaran O’Shea of Discordo Studio, with different abstract elements reflecting the creative journey. “Like the recording, none of this was set in stone and it was to be very organic, a freeform piece”. music journalist Andy Thomas.

Phono 48’s So Pure will be released on 12″ vinyl via Big A.C Records on Friday 18th February and will also available to download/stream across all digital platforms.

The Private View will unveil the photography via large prints and projections, the short film will premiere, guest DJ’s will spin So Pure alongside their own selections. DJs include Femi Fem, Kurtis Powers, Noble & Heath and The BIG AC All-Stars.

“As you listen to the record and experience all the visuals, I hope you can get a feel for what went on during those wonderful 48 Hours and the energy that emanated from it.” (Dean Chalkley)