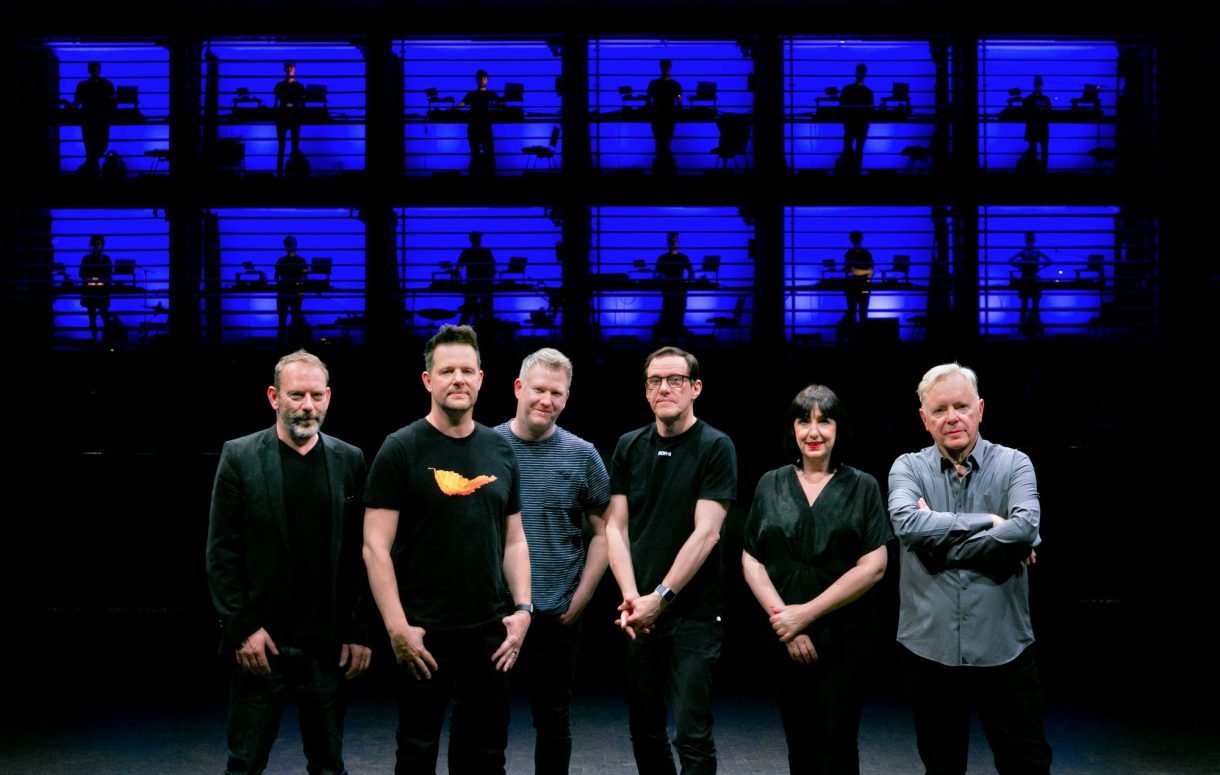 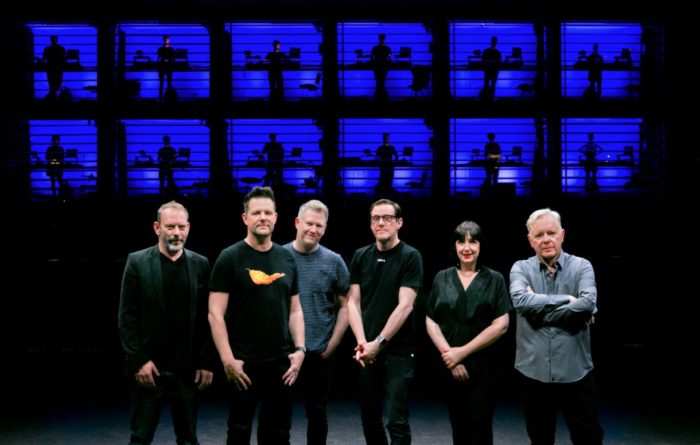 As a long time Joy Division and New Order fan it was something of a privilege to find myself at the premiere of their Sky Arts documentary, followed by a Q&A with Miranda Sawyer.

Decades follows the band as they prepare for a series of gigs backed by a ‘synthesiser orchestra’, consisting of students from the RNCM in Manchester. The band would play dates backed by the orchestra part hidden in a series of stacked & shuttered boxes on stage, designed by renowned conceptual artist Liam Gillick.

The film features a series of live performances and interviews with the designer, as well a supporting cast of Joy Division and New order collaborators. From writer (The Hacienda Must Be Built) and broadcaster Jon Savage, Hacienda DJ, writer & curator Dave Haslem, designer Peter Saville and those involved in the MIF (Manchester International Festival) project, including composer/arranger Joe Duddall. 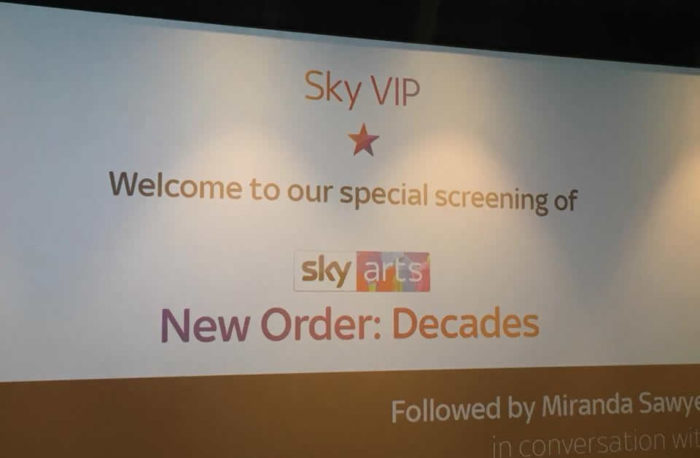 The resulting gigs toured as ‘New Order + Liam Gillick: So it goes..’, a ‘deconstructed. rethought and rebuilt wealth of material from throughout their career: familiar and obscure, old and new.” The first in a series of performances took place at the old Granada Studios in June 2017.

Decades is a fascinating insight into the complicated production process behind the shows which included a technological nightmare for the ever-smiling Stephen Morris! The young synthesiser players had to learn all of the parts they had been assigned and perform them, backing the band in a tour around Europe.

Bernard Sumner and the rest of the band are featured in a series of interviews explaining how they met Tony Wilson, the aftermath of Ian Curtis’ death, how they struggled on, creating first cross-over album Movement, before finding their feet as New Order proper, as progenitors of modern electronic dance music.

The band explain how the tracks chosen reached right back to the Joy Division days but missed out classics such as Blue Monday and True Faith as they lacked elaborate synthesiser parts. ‘New’ members Tom Chapman and Phil Cunningham express how surreal it is actually playing with their childhood heroes, revealing their relationships with the original four members.

Rather than play short clips from the shows, the film features full versions of tracks such Decades, Subculture, Bizarre Love Triangle and Plastic which had all been given the Duddall wash, brightening and lifting the sound with the added orchestral arrangements.

The evening closed with a Q&A, the highlight of which was one ‘refreshed’ fan who had won a Sky Arts draw to attend, proclaiming his bowing, gushing love for the band!

Bernard nailed it when explaining the brief for the gigs as explained to him by Peter Saville. “It has to be something original but something modern. It’s pretty unique, we have reinvented the orchestra, exploding the songs into the various components and allocating those to an individual player’s scores. New Order has always been looking to the future to find out what’s next like we did with Blue Monday”.

If you are a fan or are just curious about how they managed such a technological challenge then watch the film. The live footage is stunning; some of the arrangements sent a shiver down my spine and I even felt strangely emotional listening to the dense hypnotic glory of Subculture.

The film ‘New Order – Decades’ is premiered on Sky Arts on Saturday 22nd September at 9pm.