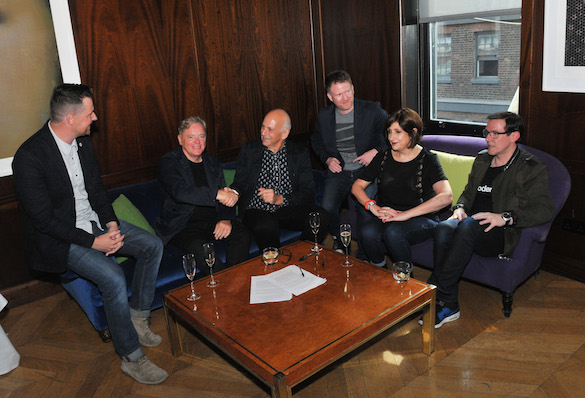 Via a press release from Mute:

New Order are very pleased to announce they have signed a worldwide deal with Mute, and that their next release will be on the legendary independent label.

Speaking about the signing Daniel Miller explains: “This is an exciting new chapter for both Mute and New Order and I feel privileged to be working with artists with such a long, creative and successful history. When the possibility of us working together first came up, I was invited to hear some of the new material and immediately had no doubts whatsoever that Mute would be the right home for New Order. We’ve already had a number of creative conversations, and I am looking towards an exciting future”.

New Order are similarly thrilled with their new home “New Order are delighted to be signing to Mute. We couldn’t imagine a better place to be than working with Daniel Miller and his team. Mute has a superb roster of artists and a history that complements our own. In many ways joining the label feels like we are coming home, returning to our independent roots.”

Forming in 1980 out of the ashes of Manchester band Joy Division, New Order have released a total of nine studio and two live albums, starting with their debut single ‘Ceremony’ on Factory Records in 1981. Thus starting a career as iconic as it has been influential.

They toured South America in April 2014, playing at Lollapolooza, then headed to the US for a hugely well received run of dates, airing several new tracks to rapturous reception. New Order will soon return to the studio to continue working on new material.

James King and the Lonewolves: Lost Songs Of the Confederacy –...