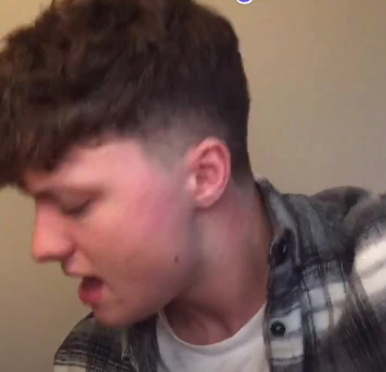 Seb Lowe has burst out of nowhere. (Ok Saddleworth…) with an upcoming 7 track mini-album that is perfect for the moment. Perfect in that this is a young kid with a head full of words that are his weapons and telling his truth and a guitar that is a machine gun of riffing. This is the teenage frontline with poetry and scrubbed acoustic guitar choppy chords and a poetic angry voice full of passion and melody.

This is a snapshot of the now.

His debut is out at the end of the month. On Tik Tok – a new way to hear music that is also going to cause a new way of thinking.

At the moment he is the impassioned voice in the wilderness.

By xmas he will be the generational voice of the now.

With brilliant political lyrics sung in a thrilling voice that spits the words out somewhere between a rap attack and the melody of a singer-songwriter there is a voice of a generation anger, pathos, dark humour and a wise wise old head on very young shoulders.

Brilliantly he has broken out on Tik Tok before anyone else heard of him and in a platform where guitars virtually don’t exist he is the shock of the new but then a brilliant talent will shine at any time and these songs capture the underlying anger and confusion of these times and are yet another twist on the never-ending lineage of Weller, Sleaford Mods, Billy Bragg, Ewan MacColl or anyone who ever believed a guitar could change the world.

Get to his tik tok now…