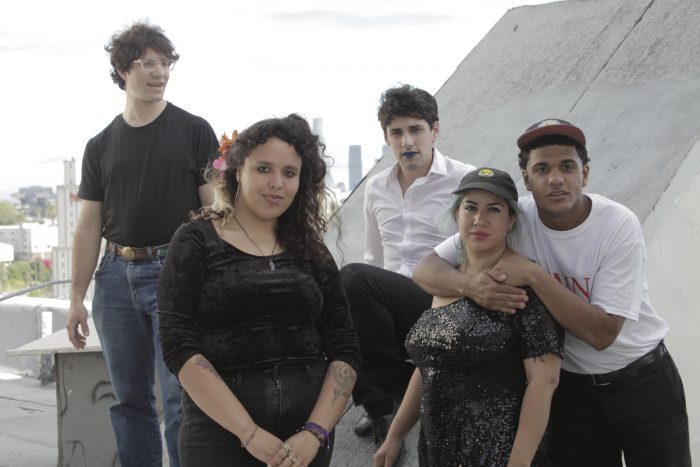 June comes, Junes goes, the year plods on and the tunes continue to come along sound-tracking this dreary, anxious, depressing summer of concern. That Der Plan tune is now out in full therefore I’ll make a request.

Just once please someone, just when I’m staggering past a tent and you’re DJ’ing and you go look there’s that chap who really wants to hear this before he goes to bed.

Play this for me please.

Summer 2017 – Bloody hell. This is pretty mental too

Rock music this month has introduced us to Sleeptalking. I hate stuff like this I usually say to myself but if you going to do this kind a shit . . . . then well done – top-notch stuff. They turned up early evening during June, climbed all over the Tooting Tram and did this.

Listen to this blokes voice – lots of you will love this Sabbath sounding euphoric anthem owning group of blokes and maybe there’s some more obvious bands you’ll think they sound like and your decisions will be better than mine because I’m not usually very keen on this metal rock music stuff that I imagine Faith No More sound like.

This rocks and I hate using that expression as well – terrible uncool thing to say about any music. But it rocks. All those people in their identical brand new Guns n Roses t-shirts all being turfed out onto the Tubes that same night don’t know what they missed over in Tooting for nothing to pay to get into (except having to put up with those knobs on security in that place I suppose). As is common after situations such as this I found that Louder Than War had featured their EP earlier in the year.

This is my tune of the month though.

I can’t be arsed to find out anything to tell you about Downtown Boys (main pic). I’m still recovering from Glastonbury   but I think they’re playing in London before the year is out.

What a tune! And one we’ll all be singing along to soon.

And that’s it, well apart from recommending the new Wolf Alice tune. Here’s a band at least one of us wants to catch up with again before the summer ends.
Oh, and this band who we didn’t know about a month ago. Confidence Man, the band had us dancing at noon on the Friday of Glastonbury and will surely go onto bigger things. The new Scissor Sisters?
This is from an earlier festival on the other side of the world this year.
More next month x
Find the bands featured here:
All words by Keith Goldhanger. More writing by Keith on Louder Than War can be found at his author’s archive. You can also find Keith on Facebook and Twitter (@HIDEOUSWHEELINV).You may subscribe to the Goldhanger Shorts Facebook page too if you so wish.