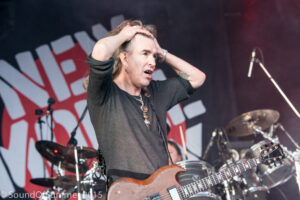 Back on the road again, New Model Army must be one the hardest working bands around! Avid fans, followers and Family never really have to wait too long before they can embark on yet another road trip, taking them to both new and exciting venues as well as old favourites.

The Live Rooms in Chester was a first, but back in either 1991 or 92, they played Chester Northgate Arena – an “acoustic nightmare” in the city’s main leisure centre. Not far from here, they’ve also played The Tivoli in Buckley – once in 1992 and again on the more recent Between Dog and Wolf tour.

This was the only date I could make on this string of gigs – I was gutted to postpone my plans for York and was never able to make Bristol. The Live Rooms in Chester are certainly attracting some decent acts and I was impressed with the venue – ideally and centrally placed near the station, hotels and pubs.

There was a real air of happiness and pleasure amongst the crowd tonight. There’s always an advance interest in what songs will appear on the set list and tonight offered some real crowd favourites, coupled with one or two lesser heard classics.

The night grew and grew with every song – a welcome return of States Radio, the vintage No Greater Love, recent favourite Guessing and the wonderful Orange Tree Roads (one of my son’s favourites) took us on a trip of Army at their best. 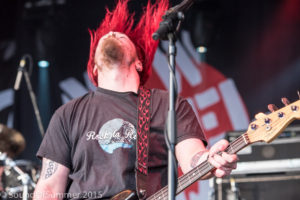 An eerie and emotional version of Another Imperial Day, soon followed by Ghost of Cain highlight Heroes were particular highs – but when you add High, Angry Planet, Purity, Wonderful Way To Go, Christian Militia, Family, I Love The World and Get Me Out, it’s not that easy to pick out peaks and highlights!

Catch them in December in London, Manchester and Nottingham (as well as the usual Xmas European dates). Make sure you also get your hands on the new DVD – ‘Between Dog and Wolf:The New Model Army Story’.