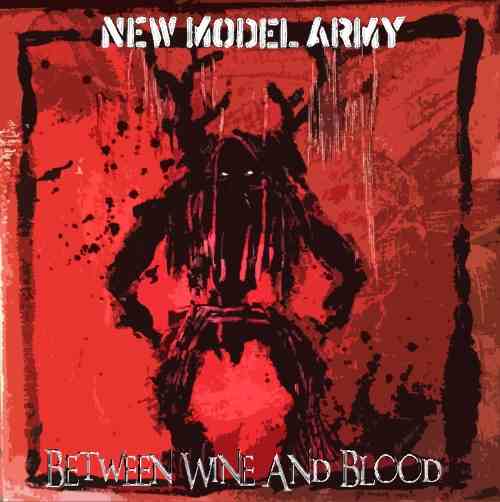 “Our Christmas concerts are always special but this year we’re planning on a new creative challenge. New Model Army albums have always featured instrumentation beyond the simple rock band formula. This year , in London, Nottingham, Paris, Amsterdam and Koln, we plan to play two full sets for an evening “Between Wine and Blood,” adding a few extra musicians to enable us to revisit some of our more complex layered material and also to experiment with new versions of old songs. We are already excited by the possibilities. This will be a one-off special NMA event and we’re hoping to create a very special musical experience.

We are also pleased to announce that for Koln Palladium we will be joined as special guest by Hugh Cornwall, former lead singer and founder member of The Stranglers”

Entitled ‘Between Wine and Blood”, New Model Army released their new album on September 8th. It combined both a brand new studio mini-album of 6 songs and an 11 track live album recorded on the band’s current “Between Dog and Wolf” tour.

“Between Wine and Blood” is available as a limited edition double CD hardback book pack, a double vinyl gatefold album and digitally. Orders are from: https://newmodelarmy.tmstor.es/