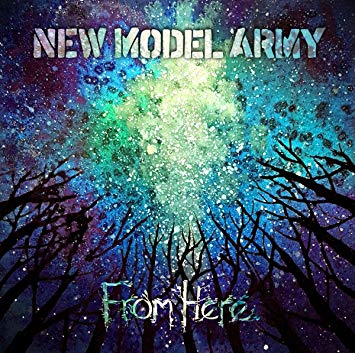 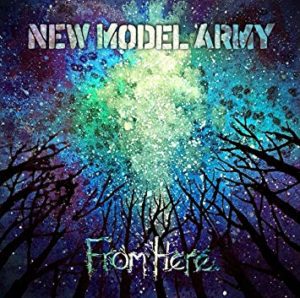 Following on from the success of their albums from recent years, Between Dog and Wolf, Between Wine and Blood & Winter, New Model Army continue to prove their continued relevance today today as much as ever, perhaps even more so given the state of the world we currently find ourselves in.

The album opens with the atmospheric rumble of Passing Through, Justin’s plaintive vocal overlaying this alongside incandescent tambourine and the occasional growling riff before acoustic guitar gives way to a pulsating hammering climax.

The band are at their folky best on this album, I’m not sure you could ever describe Justin as a shrinking violet, but there is a certain delicacy that pervades the songs on this record. This takes nothing away from the power behind the songs. New Model Army take no prisoners as they sing about many of the issues of the day.

The apparent fragility of the world is reflected in tender acoustic guitar parts, perhaps influenced by their recording location, a tiny Norwegian island (Giske) surrounded by sea and mountains. The vocal sounding almost vulnerable at times, with the production really demonstrating the passion in Justin’s voice. Don’t let this apparent frailty fool you though, the tracks still hold sway and pack a lyrical punch with tracks building on the acoustic guitars adding their signature bass sound and building the songs to powerful resolutions – compounding the sad fact there isn’t a resolution to the problems themselves – The Weather describing the ever growing desperate issues brought about by climate change, while End of Days reveals a certain amount of rage at the state of the world as it builds to a crescendo.

The album reaches an epic conclusion with the eight-minute title track. From Here opens with wistful piano with ocean noises in the background, layering bass, tribal drumming and Justin’s vocal, before adding keyboards as the track progresses and crashes into life leaving us in no doubt New Model Army are here to stay and they have something to say.