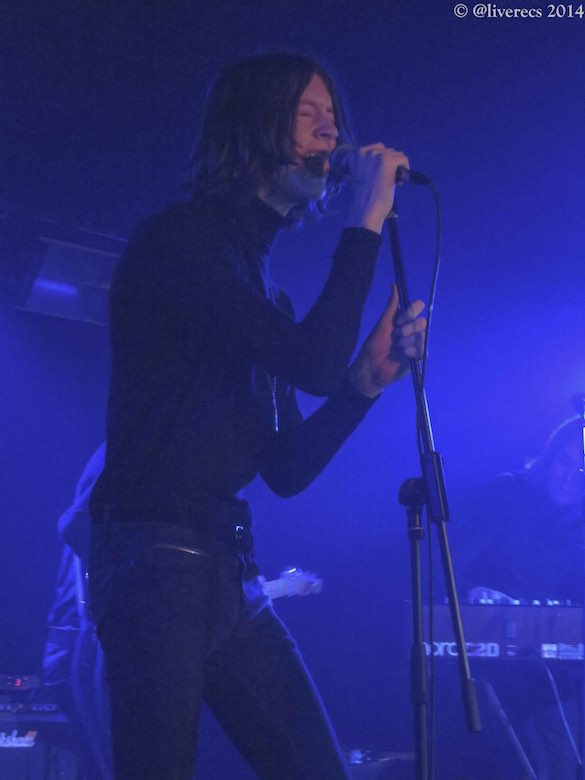 Have you heard the whisper? Blossoms are the best young band in Manchester and for once the whispers are true – with their brilliant take on the psychedelic “flavour of the moment” Blossoms have redefined it on their own terms to create a tumbling tripped out guitar pop that is weeks away from crashing into the mainstream.

The band release their debut single, Blow, on October 20th on the Coral’s Skeleton Key records and will support this with a full UK tour.

“We want to be heard by everyone… James Stewart’s rabbit Harvey, Echo & the Bunnymen, Frank from Donnie Darko, at school discos, office parties, on the radio … everywhere. We want to be as mainstream as Will Smith, as great as The Smiths and as uplifting as Mr Smith Goes To Washington. We wear black on the outside but black isn’t how we feel on the inside. Our dark clothing is, in part, a reaction to Jacamo & ‘banter’.” – Blossoms, 2014

The Liverpool / Manchester collaboration came about after Skelly saw one of the band’s early tracks, “You Pulled A Gun On Me” and invited them to his studio. The band said:

“James Skelly from The Coral saw it [You Pulled A Gun On Me], loved it and was like, ‘You’s are f***ing boss. Come & jam with me’. When the man who who’s written some of the greatest guitar tunes in the last 10 years, invites you down the M62 to go to his house for tea, first you pinch yourself and then you ask, ‘do you want us to bring some dessert?’ and get down there. So we went to meet him on the Wirral & he ended up producing this, our debut single, in Liverpool.”

The band made the art-house inspired video for Blow themselves, on a shoestring budget of £60. “We wanted to make the video ourselves so we shot it in the warehouse where we rehearse and built a set and got a smoke machine, £60 later we had Blow … like Hitchcock if he was from Offerton… Check it out and remember that from little cars grow big bands.”

Blossoms embark on a headline tour on 14th October.

Blow is released on October 20th digitally and on limited edition 7” yellow vinyl.