Home Blogs New band of the day: Marry Another 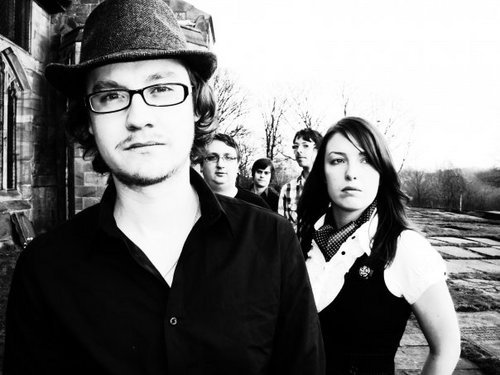 Liz from Back Street Indie has once again been trawling the bars*, the clubs*, the venues* and, well, the backstreets* of Manchester looking for something new and exciting. Once again she’s impressed us by finding something else worth listening to.

I was about eighteen when I first listened to Leonard Cohen. I was a gawky student at university and one day I heard Cohen playing in the brilliant Crocodile Records vinyl shop that used to live in the University of Manchester SU. I was a student of English, and I was in the middle of studying the great Romantic poets ”â€œ Blake, Wordsworth, Coleridge et al – and I was in a bit of a heady poetic swoon. On hearing Cohen I instantly fell in love with his storytelling, his imagery, his voice. I’m ashamed to admit, however, that I didn’t actually know who the hell he was and I had to ask the owner whom this poetic soul of a voice belonged to. I bought my first Cohen album and thus began a new love affair with folk. Up until then, I had spent most of my teenage years dancing like a lunatic to guitar-based indie, yet for the next two years I discovered, and fell in love with, artists such as Woody Guthrie, Bob Dylan, Joan Baez, Joni Mitchell, Pete Seeger and Nick Drake.

Happily, I can now add many more new folk voices to this illustrious list; folk has indeed undergone a great global renaissance of late, especially with young artists like Laura Marling making folk relevant to a whole new generation of fans. Folk is entering a new and exciting era, a sort of folk post-modernism, where the base form is being hybridised and deconstructed with unusual and eclectic counterparts such as electro-folk and indie-folk. Or even, as I discovered when I stumbled across a great new Manchester based folk group recently, fantasy and sci-fi folk. Naturally, when I heard this description, I thought it worth a listen”Â¦

The group in question is Marry Another and their creative efforts are well-placed in this burgeoning folk-revival. Folk is of course, all about storytelling ”â€œ be it tales passed down through the various eras or tales newly created, all ready to be passed down to an entire new generation. This group exist gracefully somewhere between the two: their modern folk fantasy tales will speak to a young generation of listeners, yet they are a band who seem firmly-rooted in all the very best of the folk music tradition. The group consists of Adrian Maguinness on guitars and vocals, Carl Chapman on bass and banjo, Andrew Wytwyckyj on keyboard, Zoe Rudge also on vocals, Jiang Wenyuan on cello and Matthew Maguinness on drums.

Their debut EP, 36 Guns, No Souls, is a good introduction to their music. ”ËœA Vignette on Winter 05′ opens the offerings and it is an affecting love song that broods over a previous love whilst also finding new love. “Til I saw your face I wasn’t convinced that there could be another”Â¦your smile makes me believe in something I haven’t, for a while”Â¦”Â Maguinness emotively sings on this poignant and thoughtful track. Like many great folk songs, the song takes inspiration from the changing of the seasons. It’s the kind of track you could imagine listening to whilst walking along a cold beach in that limbo space between winter and spring; not quite the end of something, not quite the beginning of another. The crashing waves, like those on the EP’s cover artwork, losing their winter ferocity but still with the power to consume, just like the love spoken about on the song. The gentle guitars create a song that is wistful and pensive; a great opening track.

”ËœTonight we are the World’, the final song on the EP is completely enchanting ”â€œ a song that has the ability to totally consume the listener. The protagonist of the song is profoundly in love and the song is a deep and swooning love lament, a soul laid bare against a backdrop of hazy, gentle, dream-like guitar tones and keyboard. The thoughtful lyricism again creates imagery inextricably tied in with the changing seasons, nature and the earth; “moving like a tide together, to sleep, to dream”Â is just one such example. ”ËœHarbinger’ meanwhile is the most pacey of the three tracks on the EP, and it is carried well by the melodic piano and the subtle violin tones which precede each chorus.

The band also has an impressive bank of other tracks, not least the excellent single ”ËœThe Spectator’, which I feel is the strongest of the band’s repertoire. Accompanied by Zoe Rudge live on vocals (the original recording being Sophie Barrett), the song does indeed live up to the band’s ”Ëœfantasy-folk’ description as it takes the listener into a fairy-tale like world of myths and legends. “They all came running from miles around to witness the spectacle entering town / a princess no more that nineteen years old, in a palanquin all decked out in gold”Â¦”Â A dreamy song, listening to it is like entering some magical fairy-lit world full of fantastical characters and magical happenings; great storytelling and even better music. The piano is particularly well played on this song and gives it both pace and direction. ”ËœA Widow’s Lament’, is a great demo. It’s subject matter is a woman who is a “widow to the sea”Â, a topic you might associate with the early great folk-songs. Yet it evolves into a Coleridge Kubla-Khan type world where the widow escapes, taking me right back to that university course and those Romantic poets. “Bound for the steppes of Xanadu”Â evokes a heady, dreamy world on a song which I think is ultimately about loneliness and wanting more. [Editor’s note: or ELO] Again, the piano stands out on this memorable song.

Another song that has connotations of Romanticism is ”ËœGrave’, a song about the innocence and experience of life. The song gathers pace and contains some startling imagery. ”ËœCapo Four’ is a track that begins with gentle xylophones and has a modern psychedelic-twist to it. Rooted in fantasy, you could imagine this song playing on a hazy summer day ”â€œ the perfect soundtrack to a warm summer festival. It is impossible to pigeon hole Marry Another into a category, which is always a good thing as it’s the groups who transcend categories who tend to make the most interesting music. If however, you’re a folk fan who wouldn’t mind being taken on a journey into dream-like fantasy lands, then I would recommend discovering the magical world that is Marry Another…