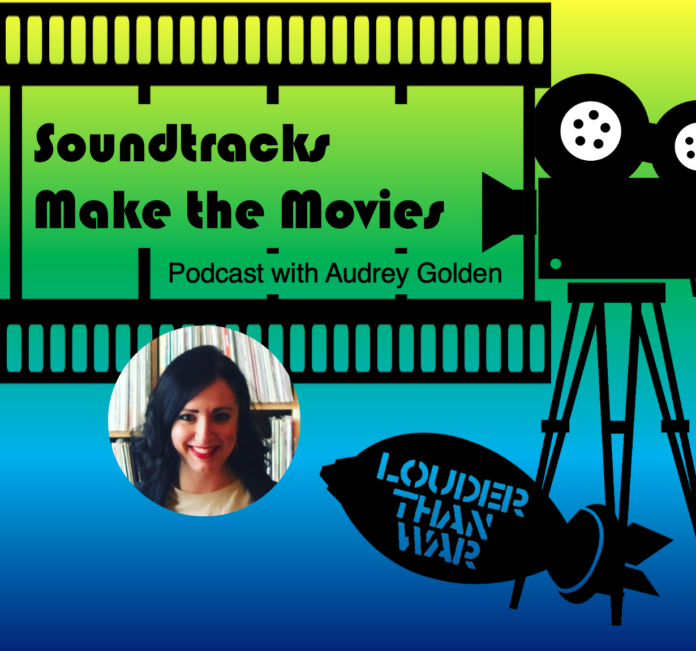 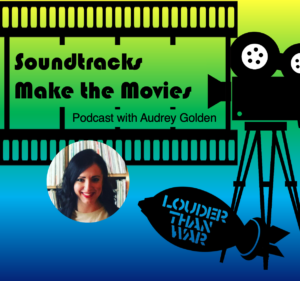 Twice a month, releasing every other Friday

Each episode of Soundtracks Make the Movies takes listeners on a quick dive into a cinema soundtrack, illuminating how musicians have defined the films we love and loathe from the last 75 years.

Welcome to Soundtracks Make the Movies, brought to you by the new Louder Than War Radio. In this new podcast, I’ll reveal how song collections shape our movie-going experiences at cinemas and on our own home screens. Oh, let me introduce myself: I’m Audrey Golden, and I’m your host…

Soundtracks have been around for awhile, but perhaps not as long as you’d think. While the first commercially available soundtracks were linked to Hollywood features in the 1930s and 1940s, it wasn’t until the 1960s and 1970s that movie directors were curating playlists and musicians got attached to specific films (think of The Graduate’s Simon and Garfunkel soundtrack, Cat Stevens’ collection for Harold And Maude, or Leonard Cohen’s songs in McCabe & Mrs. Miller).

We’re starting this podcast off short and sweet: the first few episodes are just 10-12 minutes apiece, reconsidering some of the most glorious soundtracks from modern cinema. Life is short, and we don’t want you to miss out on movie mixtapes. We might surprise you in the future with a longer episode where we’ll speak with one of the rock stars in the movie, or a director who put together a dazzling soundtrack.

Episode 1 explores the best movie soundtrack you’ll be searching for years to find on vinyl: Martha Coolidge’s cult classic Valley Girl (1983). It’s everything you could want from an early 80s film set in Los Angeles, featuring Sparks, the Plimsouls, Josie Cotton, Modern English, Psychedelic Furs, Bonnie Hayes, and so much more. The episode explores connections between the musicians on and off the soundtrack, and the incredible yet overlooked roles women play in music and film. Listen in as I convince you to add that soundtrack section to your record collection.

And while you’re getting into soundtracks, check out my complementary weekly radio show Cinema Sounds on Louder Than War Radio. Each week’s hour-long show is a themed mixtape of songs featured in the movies. The first week’s Cinema Sounds show features tracks from vampires on film.

Have a favorite film you want me to cover on Soundtracks Make the Movies? Get in touch or comment below!

In the meantime, listen to Episode 1: Valley Girl of Soundtracks Make the Movies.

Beyond contributing regularly to Louder Than War, Audrey is a film and cultural studies scholar who has given dozens of public lectures on cinema and sound at one of the US’s oldest independent movie houses, the Coolidge Corner Theatre. You can learn more about her work on her personal website, and you can follow her on Twitter and Instagram.