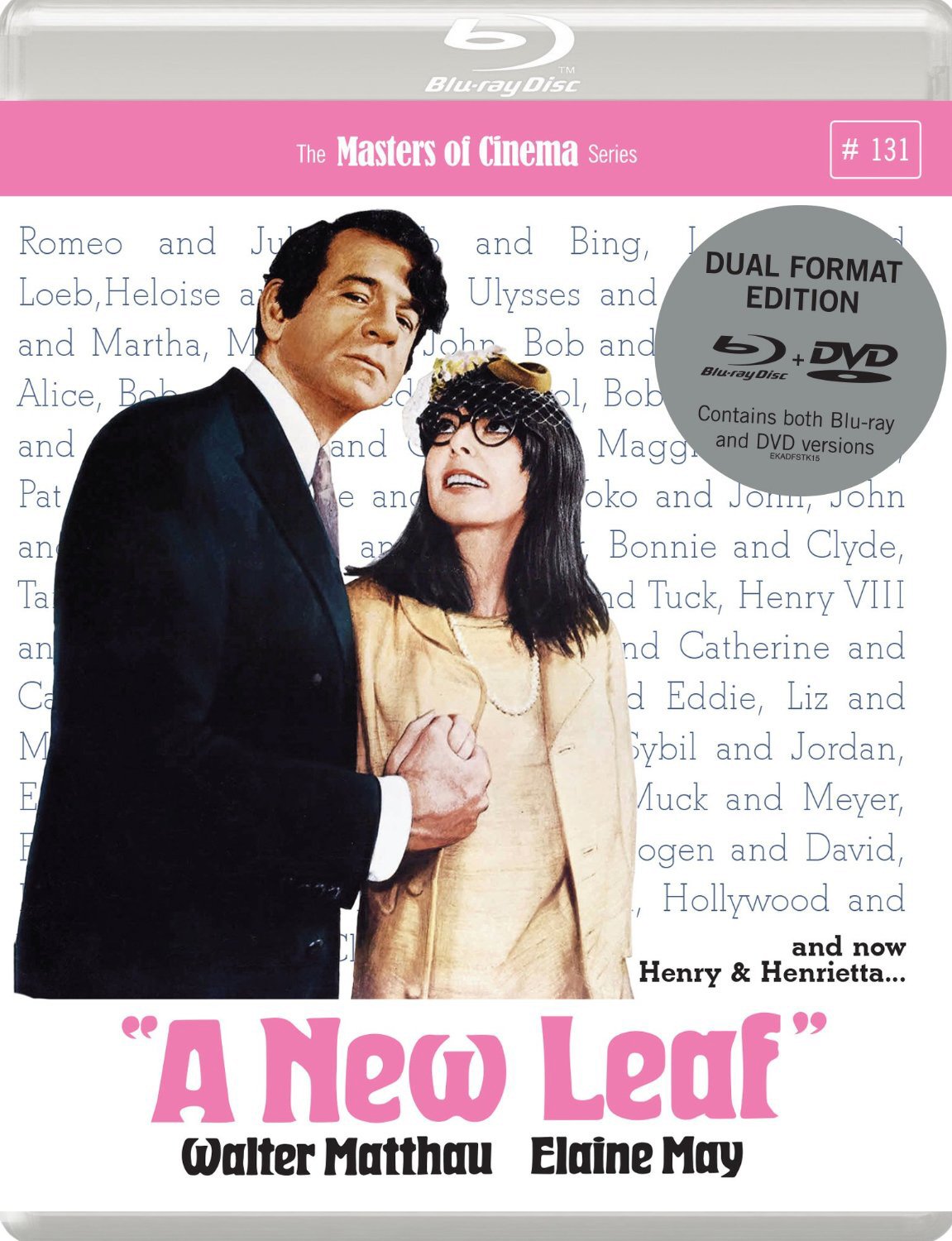 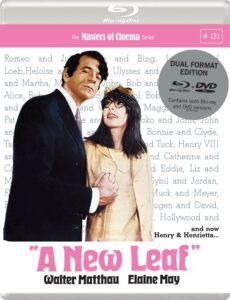 Jamie Havlin reviews one of the most critically acclaimed American comedies of the 1970s, which mysteriously fell out of favour for many years.

Based on the short story The Green Heart by Jack Ritchie, A New Leaf was adapted for the screen and directed by Elaine May, who also gave herself the role of Henrietta Lowell, a complete klutz with owl-like glasses that are almost permanently are on the brink of falling off her face and who needs ‘to be vacuumed every time she eats’ but who somehow also manages to hold down a job as a botany professor.

Her co-star here is Walter Matthau, who plays Henry Graham, a dirty rotten scoundrel who has blown his entire inheritance and is desperate to continue in the bone idle yet extravagant manner to which he has become accustomed.

Aloof, irresponsible and filled with self-pity, he has managed to avoid responsibility at all costs throughout his life and with no business acumen, no real skills and a serious aversion to any kind of gainful employment, there seems only one solution to his problems and that is the one suggested by his English butler Harold – marrying an enormously wealthy woman who can subsidise his wasteful ways.

Cap in hand, he visits his Uncle Harry to beg for a $50,000 loan so he can keep up appearances while he woos the unsuspecting female. Harry realises in all likelihood the money will never be paid back although an agreement is reached to give his nephew the loan for a period of six weeks with Henry forfeiting his home and valuables if he doesn’t repay the cash on the dot, meaning that he’s in danger of losing his swanky city apartment, cool modern art and Ferrari if his plan goes awry.

Which after a series of failures looks likely, until that is, he stumbles across the bumbling Henrietta.

This becomes a true love–hate relationship. She adores him and he detests everything about her, even her spectacular gullibility which allows him the chance to prey on her, although he certainly likes her wealth, the bulk of which comes from her heiress status.

So, he turns on the charm and makes his move on her. Oh, and I should also probably tell you here that he decides that bumping her off might just be an equally good idea, so screwball comedy moves into the territory of black comedy.

There are some very funny scenes here such as when Henry reads “Beginner’s Guide to Toxicology” while, in the background, she is on the edge of a cliff, seeking out an as yet unrecognised species of fern leaf, and there’s also a great slapstickish routine where he becomes involved in the epic task of helping a flustered Henrietta fit into her toga-style dress after she inadvertently manages to stick her head through the armhole of the outfit. I told you she was a klutz.

As well as being a hoot, the scene is also rather touching and Henry’s patience with her is actually rather admirable. Her ineptitude does somehow bring out the best in him and, of course, this seemingly very odd couple do have more in common with one another than Henry initially imagines. He might find her mightily eccentric but he insists on driving his car wearing a motorbike crash helmet, to name only one of his own peculiarities.

With his hangdog expressions and flawless comic timing, Matthau is brilliantly cast here, and May in her only starring role in a film she directed herself is every bit as good and the perfect foil.

Matthau made two other films that year, Plaza Suite, which was nominated for the Golden Globe Award for Best Motion Picture, and Kotch, which saw him being nominated for an Oscar as Best Actor but it’s A New Leaf that is the pick of the trio. The whole film from beginning to end really is a lot of fun and ranks up there with Harold and Maude, Annie Hall, Slap Shot and Paper Moon as one of the finest American comedies of the 1970s and all these years later it’s still definitely worth seeking out.

So why you might ask is the film not better known?

Well, my theory would be the fact that Elaine May was entirely dissatisfied with the version of the film that was released, having been removed from the project by Paramount head honcho Robert Evans, who set about drastically chopping out over an hour of her cut himself, mainly by excising a subplot that involved Henry killing Henrietta’s crooked attorney.

May attempted to have the film shelved, and then when this failed, she also failed to have her name removed from the credits before publically disowning the film.

Whether her cut would be an improvement on the studio release I have no idea but after watching the movie I’m certainly glad she was unsuccessful in having A New Leaf suppressed.

Sadly, like her directorial debut, May’s career was cut short too after the critical and box office failure of her fourth film Ishtar, a movie that has been called the Heaven’s Gate of comedy. She did, however, continue to work in Hollywood, most significantly penning the screenplays for The Birdcage and Primary Colors but on the evidence of A New Leaf, it’s a real pity that she didn’t get the chance to direct more movies.

Extras include The Bluebeard of Happiness, a new video essay by critic David Cairns and a 32 page booklet with new and vintage writing on the film along with archival images.

For more on the film visit the Eureka! Masters of Cinema website