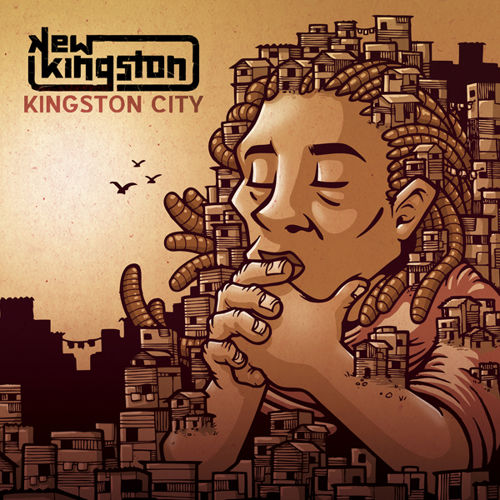 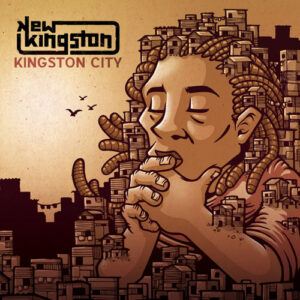 There’s no disputing the credentials of New Kingston when Kingston City debuts at No1 in the American Billboard Reggae Album Charts. Their first release for Easy Star Records, who gave us the utterly enthralling Easy Star All-Star albums covering classic albums from Pink Floyd, The Beatles and Radiohead, is a competent album if not slightly safe.

The much maligned genre of reggae can usually fall into two distinct categories – ‘roots’ with its old skool traditional sound brought to you by the legendary reggae greats, and everything else. New Kingston fit snugly into the later. Whilst their tunes are catchy and they employ the assistance of the likes of the late Sugar Minott and The Wailing Souls, they do seem to lack a bit of fire and begin to fall into a middle of the road reggae-pop sound.

Brothers Courtney, Stephen and Tahir (with the help of bassist and father, Courtney Sr) can produce a good sound as album opener Today proves. It’s catchy and strong and seems to have a message of sorts but you can’t help thinking that their ‘Jamaican heritage’ is maybe not quite as strong as they would like to believe. Maybe that sounds unkind, but whilst the spark is certainly there, it often fails to ignite.

Mystery Babylon is much improved, a few light dub effects bring the track alive but a passable toast from Tribal Seeds isn’t really necessary in a song that is strong and very likeable. It oozes genuine feeling and warmth and is one of the album highlights.

Who Tell Them has a great horn section but Can’t Stop A Man again descends to a predictable pattern. It’s when Minott appears on Certain Girls that New Kingston shine. A great dancehall vibe with a toe-tapper of a groove is instantly enjoyable.

New Kingston are certainly talented brothers and when they knuckle down to good reggae then they succeed. Where they fall apart is on tracks like I Believe In Me which isn’t reggae and is yet another of those slow songs that seems to flood the charts nowadays like the rain in a mid-Lancashire village.

An album which is clearly popular in some quarters, but in others it’s close with no cigar.