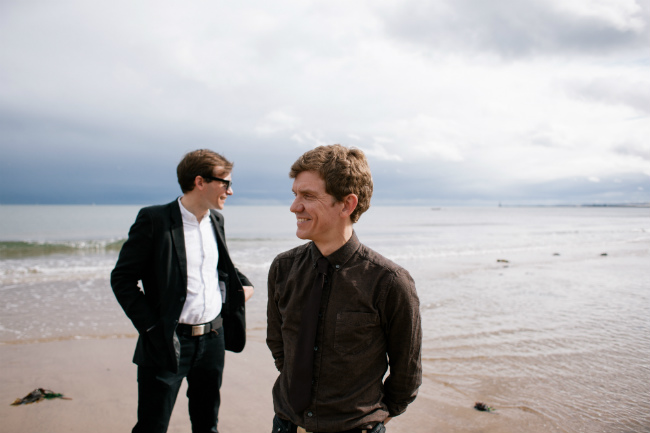 Kings of superb off-kilter funky pop music Field Music are back with Count It Up, the first single off of their new album Open Here!

Having recently announced the release of Open Here, Field Music have released the first single from said album today in the brilliant Count It Up. It has already been cited that there is a more political leaning to Open Here than some of their past material and Count It Up is a testament to that.

Of the song itself David Brewis has to say:

“I wrote the song on my son’s keyboard and recorded a little demo of it on my phone and he was shouting numbers in the background. Somehow that combined with the melody to force the idea of the hook into my head and I couldn’t escape it. I’ve been down and angry about the state of everything lately. Our town (Sunderland) has become infamous in that it was the first place that voted for Brexit, and that threw into really stark relief loads of fears I have about where we live. It’s been a downtrodden place for quite a long time and people look for someone to blame. It’s easy to blame someone else because you’re in a rich country. It’s easy to blame someone else because you’re a guy. It’s easy to blame someone else because you’re white. It’s easy to blame someone else because you don’t have to think about any of the circumstantial things that make the whole of existence more difficult. I did go through a period not long after the global financial crisis when I read a lot about economics and there’s a section in a book by Joseph Stiglitz called Making Globalisation Work about how those on the right hand side of the spectrum tend to ascribe their fortunes entirely in the frame of their own talents. So if somebody is poor it’s because they’re stupid, and if I’m rich it’s not because my parents gave me a great start in life, or money, or a great education, it’s because I’m talented and brilliant. I think all of that fed into this howl of rage set to what’s basically my version of ‘Material Girl.'”

The song itself is awash with upbeat synths but that harsh undertone gives the track a real kick and only excites us more as to what the Brewis brothers have in store for the rest of Open Here.

The band will be touring the UK next year but for now you can catch them this weekend at the rather brilliant Us Vs Them which Field Music have curated at the Brudenell Social Club. With so many of our favourite bands including Warm Digits, Dutch Uncles, The Cornshed Sisters and The Lovely Eggs.