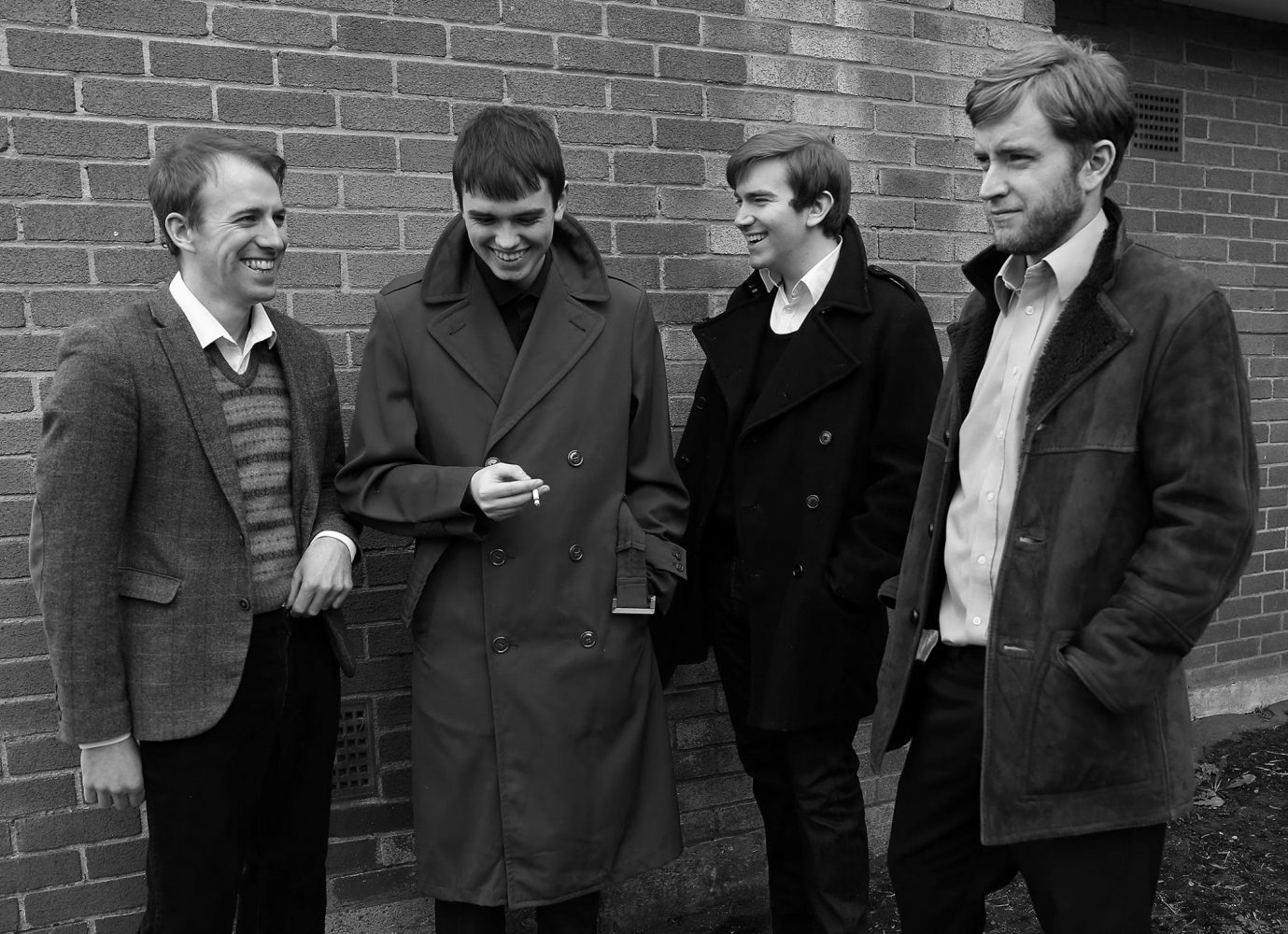 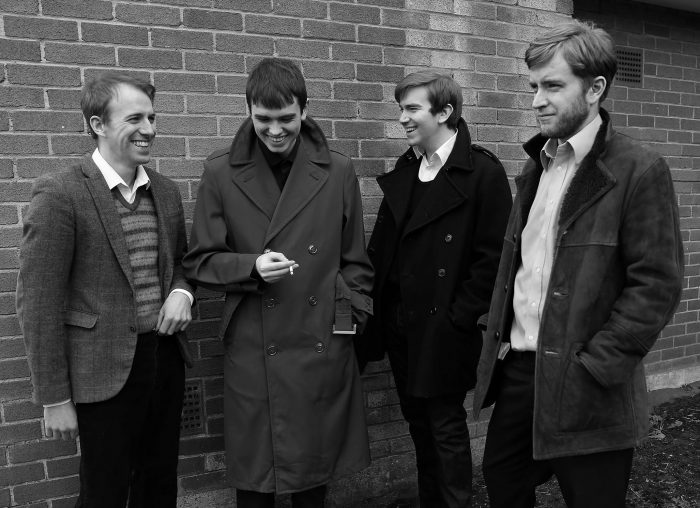 New Dawn Fades, A Play About Joy Division and Manchester returns to the Dancehouse for a four-night run. Nigel Carr reports back on night two for Louder Than War.

The cult of Joy Division has grown rapidly over the years; an essential part of Manchester culture, but few people realise just how unpopular they were at the time. They sold very few albums compared to the big acts of the day and frankly, I used to have a tough time convincing any of my friends to go to the gigs.

I’d borrow my dads ‘little’ van (he had a big one) to go to their gigs at The Russell Club which Tony Wilson and Alan Erasmus had started opening on Friday nights as ‘The Factory’. There is little doubt however of their influence on the music scene; bands as diverse as The Killers, The Editors and Nine Inch Nails would sound very different without their Joy Division influence.

Both the band’s leader and their mentor Wilson have undergone a kind of deification process over the years. Some of this is deserved, but let’s not forget that Ian was just a lad from Stretford, brought up in Macclesfield with a talent for poetry. He wasn’t a great singer, and all the success came after he’d died. Similarly, Wilson, a posh TV presenter born in Salford and graduating at Cambridge, was often ridiculed. Just watch the film Twenty Four Hour Party People where he’s described as “Wilson – Genius. Poet. Twat”. His Zelig-like ability to slowly slide from posh Home Counties accent to wide Manc drawl whilst interviewing local bands was legendary! 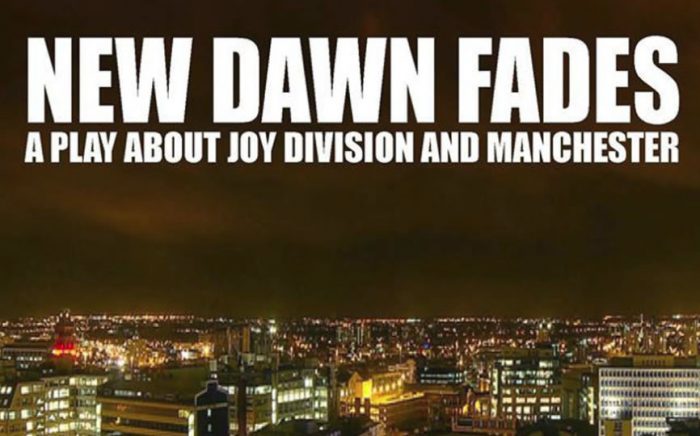 New Dawn Fades doesn’t dolly up or attempt, in any way to re-write history. Brian Gorman, the play’s writer deals in pragmatism and portrays the characters exactly as they should be, no-nonsense and honest.

In doing so, he dispels the myths that have been built up around both band and supporting characters. A working-class group of lads drawn together by their love for music and a driving punk-DIY ethic

The play opens with a narrative on the origins of Manchester, from Roman Fort through the Peterloo Massacre and on to modern day, told by Wilson, portrayed here by Liverpool actor Al Donohoe. There is no hint of his Scouse accent and despite his youth he pulls off the act with a lightly mocking brilliance.

New Dawn Fades tracks the formation of the band, their propulsion from a bunch of ramshackle rapscallions who couldn’t play their instruments to being almost famous.

Joseph Walsh plays Curtis, his first major role, and apart from a slight lack of ‘windmill arms’ coordination, does an amazing job in bringing the singer to life. The scenes involving his relationship with wife Debbie, (played by Leah Gray-Scaife) are handled sensitively and Ian’s worsening epilepsy, whilst harrowing to watch, reveals the desperate nature of the condition which ultimately would lead to his demise. 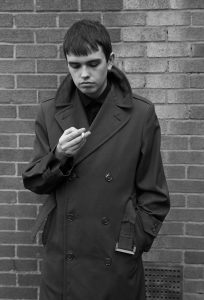 The supporting cast transforms what could be a dull retelling of a well-trodden story into something quite spectacular and entertaining. Sean Mason plays multiple roles, from a very sombre John Dee to a full-on Paul Morley whose bouncing across the stage is a comedy highlight.

It’s as if every great line from the day has been nabbed and dropped in to punctuate what is essentially a very difficult and awkward story. The skilful pace of the play, directed by Emma Bird, makes it easy to watch and it doesn’t outstay its welcome. Each scene being separated by a few bars from Love Will Tear Us Apart ending in an ominous boom, to a backdrop of original Kevin Cummins photographs and images recreated by the cast, shot by Shay Rowan.

This is an essential piece of popular culture and not to be missed. Gorman is working on a graphic novel of the play – we’ll let you know when it’s out!

It ends tonight at 8pm – if you can get there then do. You will not be disappointed!

All words by Nigel Carr. More writing by Nigel on Louder Than War can be found in his Author’s archive. You can find Nigel on Twitter and Facebook and his own Website. Photography by Shay Rowan @shayster57